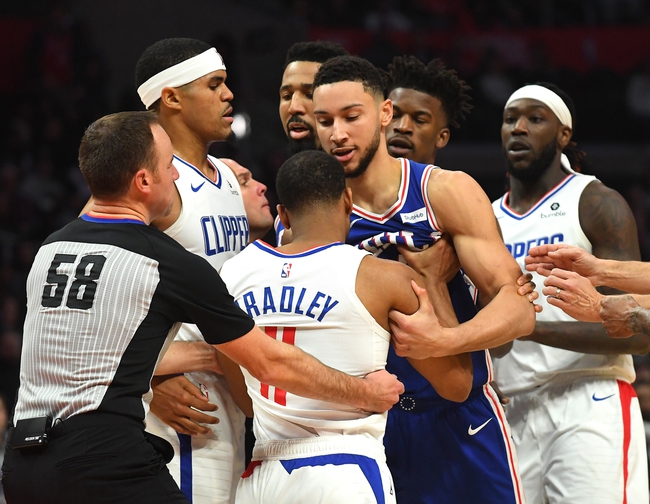 Where to Watch: TNT, PT Stream live sports and exclusive originals on ESPN+. Sign up now!

The Los Angeles Clippers pay a visit to the Philadelphia 76ers at the Wells Fargo Center on Tuesday night.

The Los Angeles Clippers have been in great form as they've won four of their last five games and they will be looking to stay hot after making light work of the lowly Cavaliers in a 133-92 road win on Sunday. Lou Williams led the team with 25 points on eight of 14 shooting in a rare start, Paul George added 22 points with four assists while Montrezl Harrell chipped in with 19 points and nine rebounds off the bench. As a team, the Clippers shot a sizzling 57 percent from the field and 12 of 36 from the 3-point line as they stormed out to an early 15-point lead in the first quarter, before cruising in the second half after leading by 23 points at halftime. Kawhi Leonard sat out the game with left knee soreness but is expected to return on Tuesday.
Meanwhile, the Phildelphia 76ers look to have recovered from their four-game skid as they are now aiming for a third straight victory after beating the Bulls in a 118-111 home win on Sunday. Furkan Korkmaz drained six 3-pointers on his way to a team-high 31 points off the bench, Joel Embiid added 28 points with 12 rebounds and five assists while Ben Simmons racked up a triple-double of 19 points with 10 rebounds and 10 assists. As a team, the 76ers shot 50 percent from the field and 11 of 27 from the 3-point line as they squandered an early 15-point lead before rallying with 35 points in the fourth quarter to escape with the narrow win.
Looking at the betting trends, the Clippers are 0-4 ATS in their last four games following a win of more than 10 points, 4-1 ATS in their last five games against a team above .600 and 5-12 ATS in their last 17 games following a win. The 76ers are 3-12-1 ATS in their last 16 games against a team with a winning record, 5-2 ATS in their last seven home games and 1-6 ATS in their last seven games overall.
Head to head, the under is 4-1 in the last five meetings overall, the Clippers are 0-7 ATS in the last seven meetings overall and the Clippers are 0-4 ATS in the last four meetings in Philadelphia.
Coming into this matchup, the team in better form is clearly the Clippers who should have Leonard back after he was rested on Sunday. However, the 76ers are coming off two wins and they've been tough to beat at the Wells Fargo Center where they are 24-2 on the season. The Clippers are also 0-7 ATS in the last seven meetings overall, so while I'm still not sold on the 76ers, I'm backing them to just sneak over the line in a close one. 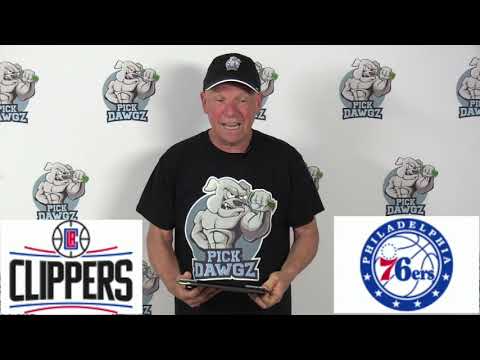