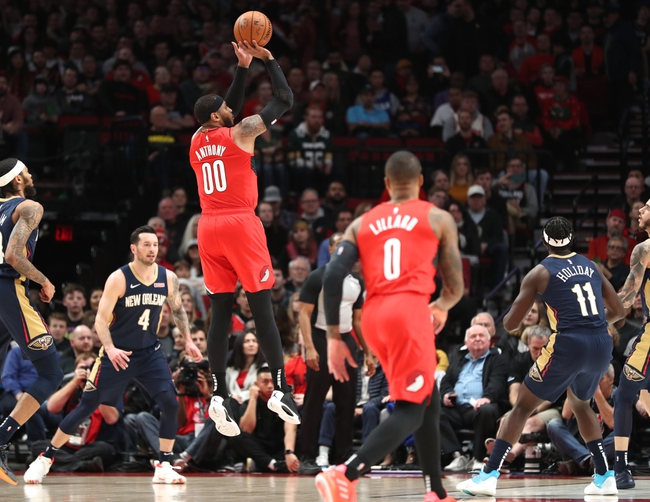 Where to Watch: FSNO, NSNW Stream live sports and exclusive originals on ESPN+. Sign up now!

The Portland Trailblazers and the New Orleans Pelicans collide at the Smoothie King Center on Tuesday night.

The Portland Trailblazers have been in nice shape lately as they've won six of their past eight games and they will be looking to stay hot after taking down the shorthanded Heat in a 115-109 home win on Sunday. Damian Lillard continued his ridiculous form with 33 points and eight assists, Gary Trent Jr. provided the spark off the bench with 22 points on eight of 11 shooting, Trevor Ariza tallied 21 points with five assists while Carmelo Anthony chipped in with 15 points. As a team, the Trailblazers shot 47 percent from the field and a sizzling 19 of 42 from the 3-point line as they led by as many as 14 points, before having to regroup in the fourth quarter as the Heat rallied to cut the deficit to just two with 5:21 remaining. With CJ McCollum scoring just 13 points on five of 15 shooting, the Trailblazers turned to Trent Jr. who delivered with two clutch 3-pointers to allow them to pull away late.
Meanwhile, the New Orleans Pelicans have been in pretty good form as they've won five of their last seven games and they will be aiming for a third straight victory after escaping Indiana with a 124-117 road win on Saturday. Jrue Holiday led the team with 31 points, six rebounds and 10 assists, JJ Redick added 23 points with four rebounds and four assists while Lonzo Ball and Derrick Favors each scored 15 points. As a team, the Pelicans shot 46 percent from the field and 15 of 38 from the 3-point line as they looked to be in trouble before they turned to Holiday who scored 14 of his 31 points in the final 2:26 to allow them to steal the game. Zion Williamson sat out the game with a left ankle sprain but is currently listed as probable for Tuesday.
Looking at the betting trends, the Trailblazers are 2-6-1 ATS in their last nine games against a team with a losing record, 2-7 ATS in their last nine Tuesday games and 7-1 ATS in their last eight games overall. The Pelicans are 8-3 ATS in their last 11 home games, 9-1 ATS in their last 10 games against a team with a losing record and 18-7-1 ATS in their last 26 games overall.
Head to head, the Trailblazers are 2-6 ATS in the last eight meetings in New Orleans.

Brandon Ingram was held out of practice with an ankle sprain but coach Alvin Gentry is hopeful he will play on Tuesday. These two squads have already met twice this season with the Pelicans winning each game, so it'll be interesting to see how the red-hot Trailblazers fare with Zion Williamson set to make his return. The loss of Ingram is obviously a big loss for the home team, but they looked great in their impressive road win over the Pacers and the Trailblazers are only 2-6 ATS in the last eight meetings in New Orleans. This should be close, but even without Ingram, I think the Pelicans get the win and cover in this one. 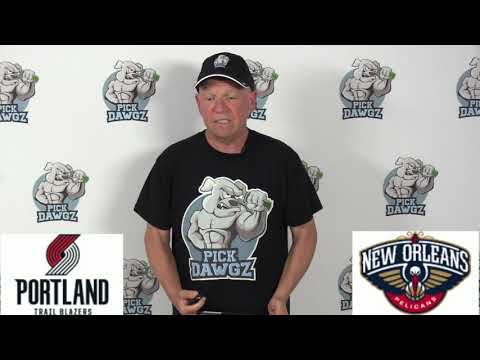