Where to Watch: SUN, NSNW Stream live sports and exclusive originals on ESPN+. Sign up now!

The Miami Heat and the Portland Trailblazers collide at the Moda Center on Sunday night.

The Miami Heat have been in a bit of a rut as they’ve lost four of their last seven games and they will be hoping to avoid a third straight defeat after falling to the Kings in a 105-97 road loss on Friday. Bam Adebayo led the team with 26 points, seven rebounds and three assists on 12 of 16 shooting, Duncan Robinson added 18 points and six assists while Kendrick Nunn chipped in with 16 points. As a team, the Heat shot 44 percent from the field and 12 of 40 from the 3-point line as they hung around in the first half, before getting edged out in the second half as the Kings shot a sizzling 19 of 44 from the 3-point line. Jimmy Butler sat out the game with a right shoulder injury while Tyler Herro sat out with a sore right ankle.

Meanwhile, the Portland Trailblazers have been playing some of their best basketball of the season, but they will be looking to bounce back after falling just short to the Jazz in a 117-114 road loss on Friday. Damian Lillard drained eight 3-pointers on his way to 42 points and six assists, CJ McCollum added 27 points on 10 of 23 shooting while Gary Trent Jr. chipped in with 16 points off the bench. As a team, the Trailblazers shot 45 percent from the field and 17 of 40 from the 3-point line as they lost in the most frustrating of circumstances as the referees missed a blatant goaltending violation in the final seconds that would’ve tied the game and sent it into overtime.

The Heat have been one of the most consistent teams all season, but they’re a little banged up at the moment and could be shorthanded once again with Butler and Herro on the sidelines. The Trailblazers have really come alive with Lillard leading from the front and they will be eager to get back on the court after getting robbed by the referees in their last game. This should be a close one, but with the Heat a little undermanned, I’m sticking with the Trailblazers to bounce back at home. 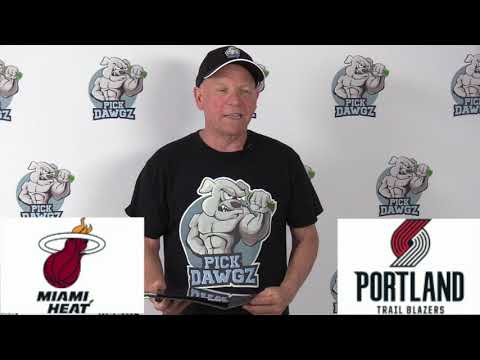