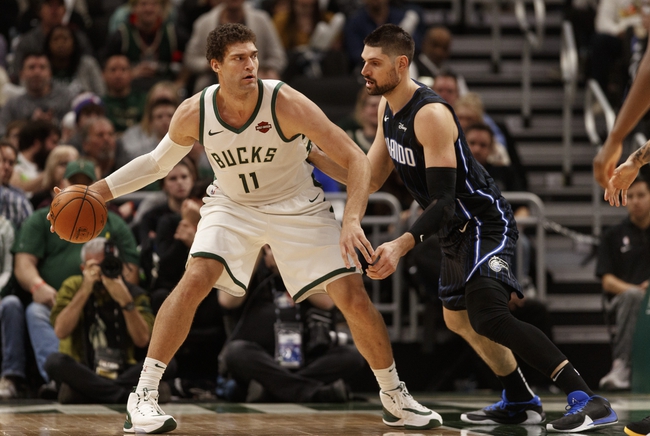 Where to Watch: FSFL, FSWI Stream live sports and exclusive originals on ESPN+. Sign up now!

The Milwaukee Bucks pay a visit to the Orlando Magic at the Amway Center on Saturday night.

The Milwaukee Bucks have been in red-hot form as they’ve won 12 of their last 13 games and they will be gunning for a fourth straight victory after taking down the 76ers in a 112-101 home win on Thursday. Giannis Antetokounmpo led the team with 36 points, 20 rebounds and six assists, Khris Middleton added 20 points with seven rebounds and three assists while Eric Bledsoe chipped in with 14 points, eight rebounds and six assists. As a team, the Bucks shot 46 percent from the field and 12 of 37 from the 3-point line as they started slowly, before allowing their defense to fuel their offense in the second and third quarters. The Bucks held the 76ers to just 37 percent shooting and that was largely to their defense on Joel Embiid who shot just six of 26 from the field to finish with 19 points.

Meanwhile, the Orlando Magic have been in a real slump lately as they’ve lost seven of their past eight games and they will be hoping to avoid a third straight defeat after falling painfully short to the Knicks in a 105-103 road loss on Thursday. Nikola Vucevic led the team with 25 points, eight rebounds and three assists, Aaron Gordon, Markelle Fultz and Evan Fournier each scored 16 points while Terrence Ross chipped in with 10 points off the bench. As a team, the Magic shot 45 percent from the field and just nine of 31 from the 3-point line as they rallied back from an early 13-point deficit to lead by 10 points early in the fourth quarter, before the Knicks escaped with the win after responding with a 20-6 run.

Head to head, the under is 3-0-1 in the last four meetings overall.

These teams have already met three times this season with the Bucks winning on each occasion by an average of 17.6 points, so it’s no surprise that the Bucks have opened as heavy road favorites in this one. The Magic have just been in a rut lately and things couldn’t be much worse as they’re coming into this one fresh off a tough loss to the lowly Knicks. The Bucks are 7-2 ATS in their last nine games against a team with a winning record and I think that trend continues here as the Bucks complete the season sweep. 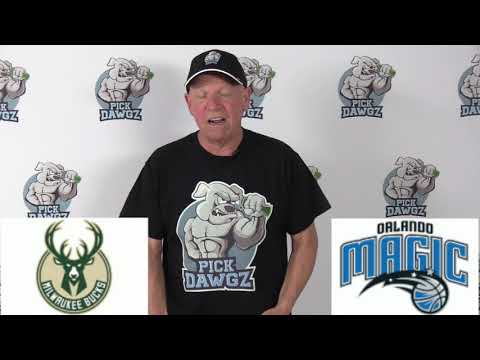