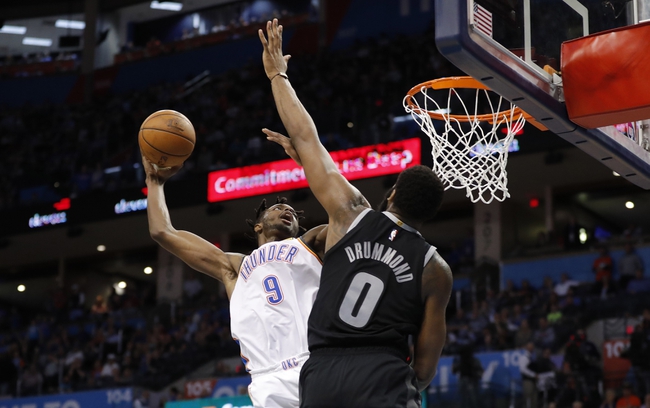 Where to Watch: FSDT, FSOK Stream live sports and exclusive originals on ESPN+. Sign up now!

The Detroit Pistons pay a visit to the Oklahoma City Thunder at the Chesapeake Energy Arena on Friday night.

The Detroit Pistons have lost six of their past eight games overall, but they will be looking to build some momentum after upsetting the Suns in a 116-108 home win on Wednesday. Andre Drummond led the team with 31 points, 19 rebounds and four assists, Reggie Jackson added 25 points with nine assists, Christian Wood scored 21 points off the bench while Langston Galloway chipped in with 15 points. As a team, the Pistons shot 48 percent from the field and 12 of 28 from the 3-point line as they as they jumped all over the Suns in early to finish with 38 points in the first quarter before escaping with the narrow win after the Suns rallied in the fourth quarter. Andre Drummond was big in this game, but it was his last for the franchise as he has since been traded to the Cavaliers.

Meanwhile, the Oklahoma City Thunder have been in great shape as they've won eight of their past nine games and they will be looking to build on their current three-game win streak after taking down the Cavaliers in a 109-103 home win on Wednesday. Dennis Schroder led the team with 30 points and six assists of 10 of 17 shooting off the bench, Shai Gilgeous-Alexander added 23 points with 10 rebounds and three assists while Danilo Gallinari chipped in with 15 points. As a team, the Thunder shot 46 percent from the field and nine of 26 from the 3-point line as they scored 61 points in the first half to lead by eight points at halftime, but they really had to scrap till the end as they trailed by one point before closing the game on a 10-4 run in the final 1:31 to escape with the win.

The Pistons were building a bit of momentum with two wins in their last three games, but they won't have Drummond in the paint anymore, so I'm expecting them to go through an adjustment phase. The Thunder have been playing some of their best basketball of the season, but they were far from convincing in their narrow win over the Cavaliers and they are only 2-5 ATS in their last seven home games. The Pistons are just 1-4 ATS in the last five meetings overall and I think that trend continues here as the Thunder should be too good in this one. 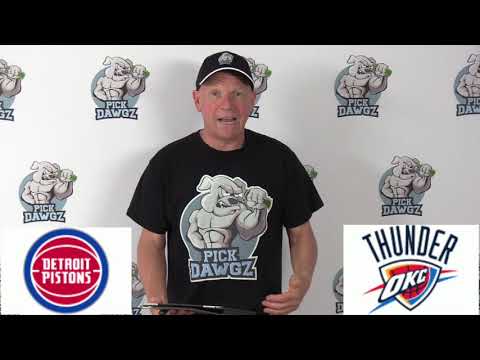