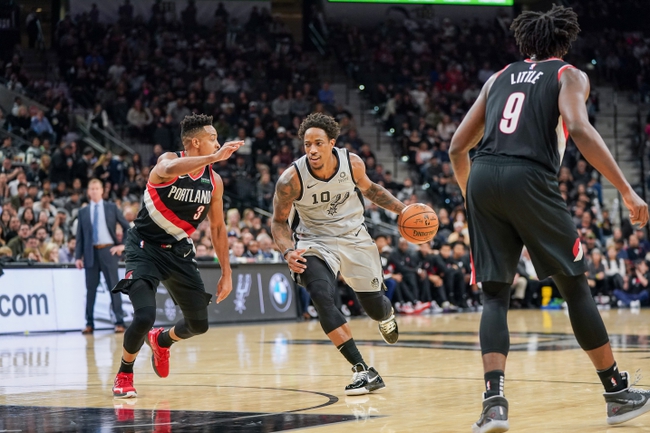 Where to Watch: FSSW, NSNW Stream live sports and exclusive originals on ESPN+. Sign up now!

The Portland Trailblazers play host to the San Antonio Spurs at the Moda Center on Thursday night.

The San Antonio Spurs have been in a bit of a rut as they’ve lost five of their last seven games and they will be hoping to avoid a third straight defeat after getting routed by the Lakers in a 129-102 road loss on Tuesday. DeMar DeRozan led the team in scoring with 28 points, nine rebounds and seven assists, Bryn Forbes added 13 points while Dejounte Murray chipped in with 12 points. As a team, the Spurs shot 44 percent from the field and 13 of 27 from the 3-point line as they scored just 41 points in the first half to trail by 10 points before getting blown out in the fourth quarter where the Lakers poured in 42 points to make it a complete blowout. LaMarcus Aldridge scored just seven points on three of 10 shooting while Patty Mills finished with just three points on one of eight shooting off the bench.

Meanwhile, the Portland Trailblazers have been in pretty good form lately as they’ve won five of their past seven games, but they are coming into this one looking to bounce back after having their four-game win streak snapped by the Nuggets in a 127-99 road loss on Tuesday. Damian Lillard led the team with 21 points and nine assists, CJ McCollum added 20 points on eight of 18 shooting while Anfernee Simons chipped in with 11 points off the bench. As a team, the Trailblazers shot just 39 percent from the field and nine of 31 from the 3-point line which was never going to be enough as they never looked threatening after falling behind by 64-38 going into halftime. Lillard shot just eight of 23 from the field while Carmelo Anthony finished with just two points on zero of five shooting as the Trailblazers never recovered after scoring just 10 points in a nightmarish second quarter.

Head to head, the over is 20-7 in the last 27 meetings overall and the Spurs are 1-3-1 ATS in the last five meetings in Portland.

These two squads have already met twice this season with each team winning by single digits, so I'm expecting another close contest here. The Spurs haven't been anywhere near their best lately as they've lost five of seven and are coming into this one fresh off a bad beating at the hands of the Lakers, while the Trailblazers were playing some of their best basketball of the season before getting stopped by the Nuggets in their last outing. The Spurs are 4-1 ATS in their last five road games, but the Trailblazers will still be hurting from their poor loss to the Nuggets, so I'm backing them to take the early lead and come away with the win and cover in a close one. 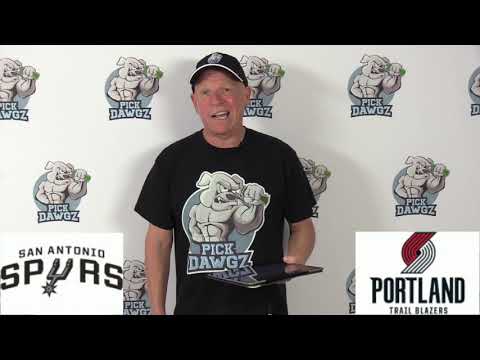