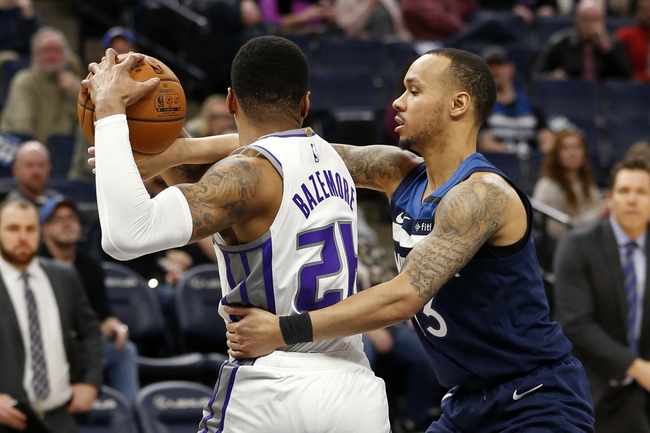 Where to Watch: NSCA, FSN Stream live sports and exclusive originals on ESPN+. Sign up now!

The Sacramento Kings play host to the Minnesota Timberwolves at the Golden 1 Center on Monday night.
The Minnesota Timberwolves have been in a world of hurt and they've now lost 11 straight games after falling to the Clippers in a 118-106 road loss on Saturday. Karl-Anthony Towns led the team with 32 points, 12 rebounds and three assists, Andrew Wiggins and Josh Okogie each scored 13 points while Shabazz Napier chipped in with 11 points and 10 assists. As a team, the Timberwolves shot just 40 percent from the field and a miserly seven of 39 from the 3-point line as they allowed 40 points in a sloppy first quarter, before allowing the Clippers to run away with another 36 points in the third quarter as they had no answer for Kawhi Leonard and Paul George who combined for 52 points.
Meanwhile, the Sacramento Kings have been in decent shape as they had won three of four games before getting stopped by the Lakers in a 129-113 home loss on Saturday. De'Aaron Fox led the team with 24 points and five assists, Buddy Hield drained six 3-pointers to add 22 points off the bench while Harry Giles III chipped in with 16 points and eight rebounds. As a team, the Kings shot 42 percent from the field and 14 of 44 from the 3-point line but they were always fighting an uphill battle after getting outscored in the first quarter by 44-22 against a motivated Lakers team.
Looking at the betting trends, the Timberwolves are 4-10-1 ATS in their last 15 games against a team with a losing record, 1-4 ATS in their last five road games and 8-21-1 ATS in their last 30 games overall. The Kings are 3-12-1 ATS in their last 16 home games, 4-1 ATS in their last five games against a team below .400 and 3-7-1 ATS in their last 11 games overall.
Head to head, the over is 7-3 in the last 10 meetings overall and the Timberwolves are 9-4 ATS in the last 13 meetings in Sacramento.
The Timberwolves just can't buy a win these days and they haven't been much better against the lesser teams in the competition as they are just 4-10-1 ATS in their last 15 games against a team with a losing record. The Kings haven't been much better, but they were on a nice little run of momentum before running into the Lakers in their last outing. This should be a close one, but I just can't trust the Timberwolves these days, so I'm sticking with the Kings to return to form with a win in this one. 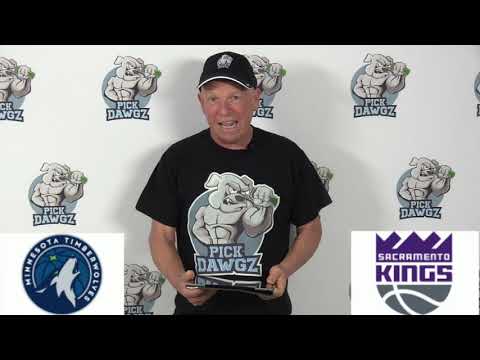