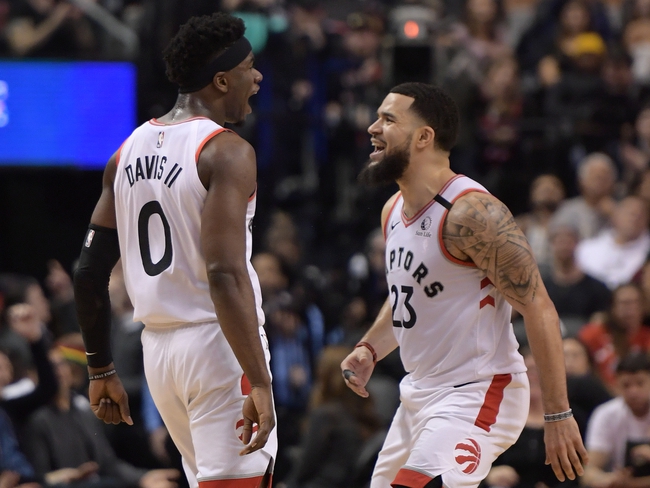 Another week in the NBA, as we are now in the “Dog Days” of the season. This can be the toughest stretch of games, right near the All-Star game, as teams and players look towards the break. Here are the updated Power Rankings in the NBA.

Two wins and a loss for the Bucks this week and it is clear that they are getting a tad tired of the regular season. Giannis continues to dominate the league as a quadruple threat.

The “Honor Kobe” night was exactly what the fans and team needed to remember one of the greatest to ever play the game. Unfortunately, the Lakers lost that game but were able to rebound nicely with a win over Sacramento.

The Raptors have now won eleven in a row and the defending champs are doing it all. They now have a home-and-home against Indiana, which should be very entertaining.

The Clippers lost to the Kings but then defeated the T-Wolves right after (but I mean, who doesn’t beat the Timberwolves recently?)

Three straight wins, including a home rout of the 76ers, have made this past week a major success for the Celtics

Miami lost to Boston but was also able to take it out on the struggling Magic twice this past week.

A bad loss to the Pistons seemed like it was in the cards for Denver as they are pretty banged up currently.

Houston won three of four this week, including big wins over the Jazz and Mavericks. They also took care of business against Zion and the Pelicans at home.

A very tough stretch for Utah as the Jazz have lost four straight games after being third in the entire league. All four of those games being against Western Conference opponents.

The Pacers somehow were manhandled by the New York Knicks? That has to be a typo. They only scored 85 in the loss, which is unlike them.

A win over Golden State was combatted by losses to Atlanta and Boston this week for Philadelphia.

Two wins over the Kings and Suns were huge this past week for OKC. They have a four-game home stretch next up, with the first two against Cleveland and Detroit.

Luka Doncic has missed some time with what seems like a minor injury to the ankle. He will be missed certainly by the Mavs, who were at least able to pick up the win against the Hawks.

Many people, including Shaq, believe that Ja Morant was snubbed of an All-Star appearance this season. The Grizzlies still own a 1.5 game lead over the looming Trail Blazers.

Portland has been surging lately and a big ‘thank you’ goes to Damian Lillard, who has been phenomenal in this stretch.

The Spurs picked up two wins and a loss this past week and Demar DeRozen has led the way in terms of scoring. San Antonio will fight with Portland and Memphis for that coveted eighth seed in the West.

Kyrie Irving has now been diagnosed with a knee sprain, which is not good news at all for Brooklyn. They are currently in the seventh seed in the East but cannot afford to lose Kyrie for a long period of time.

Orlando has been struggling badly as of late, losers in five straight games and 3-7 in their last ten overall.

Zion looked great against Houston but it was not enough for New Orleans to pick up the win. New Orleans needs to get hot and stay that way in order to be contenders.

Phoenix has lost back-to-back games against the Thunder and Bucks and now are set for a two-game road trip to Brooklyn and Detroit.

The Kings took down the Clippers but lost to the Lakers soon after this past week. They are in the basement above the Warriors and Timberwolves in the West.

Chicago is only 3.5 games behind the Magic for the eighth seed which shows how bad the latter half of the Eastern Conference is. 14 games under .500 yet fighting for a playoff spot, strange.

Like Chicago, Washington is also only 3.5 games behind Orlando for that eighth seed in the East. How crazy is that!

The Pistons were able to defeat the Nuggets but are still 4-6 in their last ten games. Their playoff hopes will cease if Andre Drummond is moved.

Charlotte has lost two in a row and they are now 1-9 in their last ten games.

The Knicks were able to grab a strong road win over the Indiana Pacers. That win will be one of the few major bright spots this season.

Will Minnesota win another game this season is the question, as the T-Wolves have now lost 11 straight games overall.

Atlanta is 5-5 in their last ten games which is not terrible. Trae Young is a very exciting player to watch.

Cleveland will most likely be in dead last in the Eastern Conference as they are really struggling with only one win in their last ten.

Golden State defeated the Cavs, which almost made me put them ahead of Cleveland in the power rankings; but let’s be real, this is the worst team in the NBA without Klay and Steph and a healthy starting lineup.