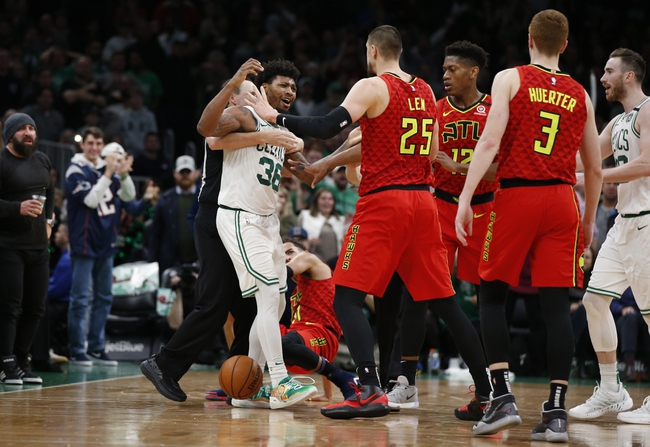 The Boston Celtics pay a visit to the Atlanta Hawks at the State Farm Arena on Monday night.
The Boston Celtics have been in fine form as they've won six of their past seven games and they will be aiming for a fourth straight victory after blowing past the 76ers in a 116-95 home win on Saturday. Jaylen Brown led the team with 32 points and nine rebounds, Jayson Tatum added 25 points with four assists while Marcus Smart chipped in with 16 points and four assists. As a team, the Celtics shot 47 percent from the field and eight of 30 from the 3-point line as they stormed out to an early double-digit lead with 32 points in the first quarter, before holding the 76ers to just 16 points in the third quarter to make it a blowout. Kemba Walker sat out the game with a sore left knee and has already been ruled out for Monday.
Meanwhile, the Atlanta Hawks have been in decent shape as they've split their last 10 games, but they are coming into this one looking to bounce back after getting tuned up by the shorthanded Mavericks in a 123-100 road loss on Saturday. John Collins led the team with 26 points and 11 rebounds, Kevin Huerter drained six 3-pointers to finish with 20 points while Trae Young chipped in with 12 points on four of 13 shooting. As a team the Hawks shot just 40 percent from the field and 10 of 33 from the 3-point line as they fell behind by 13 points going into halftime, before getting blown out in the third quarter where they trailed by as many as 29 points.
Looking at the betting trends, the Celtics are 7-3 ATS in their last 10 road games, 5-2 ATS in their last seven Monday games and 6-1 ATS in their last seven games overall. The Hawks are 4-0 ATS in their last four home games, 5-0 ATS in their last five games following a loss and 9-3 ATS in their last 12 home games against a team with a winning road record.
Head to head, the over is 7-3-1 in the last 11 meetings overall.
The Celtics have been in red-hot form and are heavily favored to take care of the shorthanded Hawks who could be without their leading scorer in Young for this matchup. The Celtics are 6-1 ATS in their last seven games overall and 7-3 ATS in their last 10 road games. The Hawks have shown that they're capable of pulling off upsets, but the Celtics have simply been on a roll and should be too good once again. 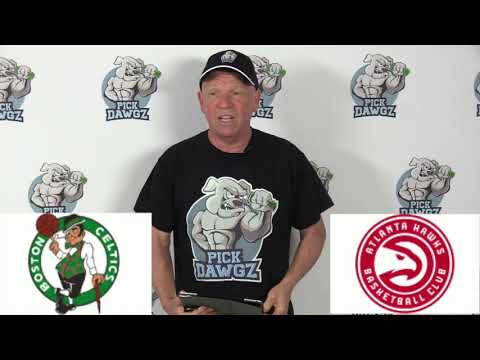