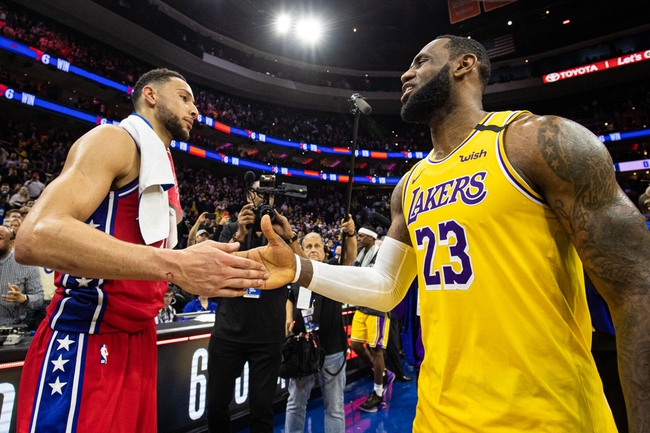 The NBA world mourns the loss of a legend in Kobe Bryant. Bryant will forever be one of the greatest basketball stars and amazing athletes of all time. The NBA had to carry on with a heavy heart, so let us take a look at the power rankings.

Milwaukee continued their dominance and extended their win streak to eight games. Giannis has been lights out as he attempts to lock up MVP honors.

With the passing of Kobe, the Lakers and LeBron, in general, will have to overcome deep sorrow. This season is for Kobe and the fans the rest of the way.

The Jazz are on a four-game win streak and have been playing fantastic basketball as of late. They can definitely give the Lakers a run for the top seed in the Western Conference.

The Clips took care of business against the Florida teams, however, their loss to Atlanta is inexcusable. Is this team content with their level of play?

The defending champs are on a roll and have won seven straight. Their schedule is feasible in the near future as well, so this can be a great spot for them.

The Nuggets have won two straight after dropping a game to the Houston Rockets. Jokic is averaging a double-double, but it just seems that he still is not playing to his full potential, at least on the offensive end.

Miami beat two below .500 teams in overtime back-to-back, which is not saying a whole lot. They also just dropped a game against the Clippers.

The Celtics were badly outplayed in their loss to the Pelicans, but before that, they were able to string together three nice wins, one against the Lakers.

Philadelphia should feel great after a blowout win over the Lakers. Tobias Harris has scored the basketball well as of late and continues to be the key piece for this Sixers offense.

The Mavs suffered such a huge loss of Dwight Powell (Torn ACL) and will miss him dearly for the rest of the season. As for the Mavericks as a whole, this team has struggled against tough opponents, losing two of their last three.

The Thunder are now on a five-game win streak, albeit four of the five were against sub .500 teams. This team may surprise some people the rest of the way.

Westbrook has been fantastic lately, scoring 30 points or more in five of the Rockets last six. Houston has a difficult test at Utah next, which should be quite the test.

Back-to-back wins for this young Griz team only boost their confidence even more so. Ja Morant has a date with Zion and the Pelicans on the 31st.

This was a rough week for Orlando, as they dropped three straight home games, despite them being against good teams. The Magic will look to bounceback with a home and home vs Miami.

A three-game win streak was combatted by a two-game losing skid. The Spurs have looked decent and were able to spoil Zion’s first game in the NBA.

A loss to the Knicks is never a good thing for a team fighting for a playoff spot in the East.

Portland received a great win over the Pacers at home, and are among the mix on the bubble in the Western Conference. They have to continue this play to have a chance.

Zion has looked well in his first couple of games, scoring a double-double in the win over the Celtics. His Pelicans have to start now if they want to be dancing in the postseason.

Devin Booker continues to prove he is one of the best scorers in the NBA, but his Suns have struggled as of late. He may be on the move rather soon at the deadline.

Chicago took care of business against the lowly Cavs and Timberwolves at home. They are young and have shown some bright signs for the future.

The Kings have finally snapped their six-game losing streak with a road win at Chicago. This team had a lot of potential, but have not done anything with it.

Losses in three of four for Detroit are just the status quo for this Pistons team. Derrick Rose would be an unbelievable trade asset for many contenders in this league.

Bradley Beal led the Wizards to wins over Detroit and Cleveland this past week.

The Timberwolves losing streak has been extended to nine games and things just keep getting uglier and uglier for Minnesota.

The Hornets themselves are on an eight-game skid, and their offense has been abysmal in that stretch. The lack of talent is really being exploited.

The Knicks picked up wins against the Cavaliers and their rival Nets this past week. Marcus Morris has played well, but he seems to be on his way out.

The Cavs have lost seven straight which included a stretch of four games that were all winnable on paper, even for them.

Golden State is battered, beaten, tired, and injured. What else can you say?