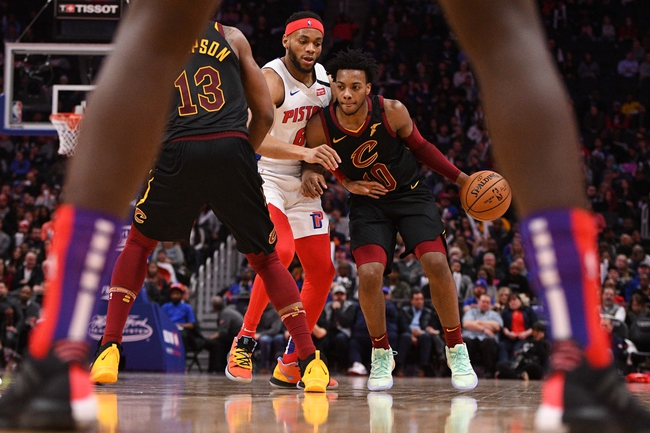 The Cleveland Cavaliers pay a visit to the Detroit Pistons at Little Caesars Arena on Monday night.

The Cleveland Cavaliers have been in a horrible slump as they've lost 12 of their last 14 games and they will be hoping to put an end to a seven-game slide after falling to the Bulls in a 118-106 home loss on Saturday. Kevin Love led the team in scoring with 20 points and 11 rebounds, Cedi Osman and Collin Sexton each scored 18 points while Larry Nance Jr. racked up 15 points with 11 rebounds and four assists off the bench. As a team, the Cavaliers shot 50 percent from the field and 13 of 30 from the 3-point line as they set the tone with 31 points in the first quarter, but the next two quarters belonged to the Bulls who outscored the Cavaliers by a combined 74-45, thanks largely to Zach LaVine who poured in 44 points.

Meanwhile, the Detroit Pistons have been in a bit of a rut as they've lost six of their past nine games and they will be hoping to avoid a third straight defeat after falling to the Nets in a 121-111 overtime home loss on Saturday. Derrick Rose led the team with 27 points and six assist, Andre Drummond added 20 points with 21 rebounds, Sviatoslav Mykhailiuk added 19 points while Bruce Brown chipped in with 17 points and five assists. As a team, the Pistons shot just 41 percent from the field and 13 of 35 from the 3-point line as they poured in 35 points in the second quarter to lead by as many as 13 points, before the Nets rallied to force overtime where the Pistons were outscored by 15-5.

Head to head, the over is 6-0 in the last six meetings overall.

The Cavaliers haven't been able to get on a roll all season and they must be low on confidence as they haven't won a game in over two weeks. The Pistons have had to deal with their own struggles as injuries have really hurt them this season, but they've split their last six games and were close in their overtime loss to the Nets on Saturday. You couldn't bet your money on either side with much confidence these days, but I'm leaning towards the Cavaliers who are 16-7-1 ATS int heir last 24 games against a team below .400.

Get Premium Picks Start Winning Now »
The pick in this article is the opinion of the writer, not a PickDawgz site consensus.
Previous Pick
NBA Power Rankings - All 30 Teams: 1/27/20
Next Pick
Miami Heat vs. Orlando Magic - 1/27/20 NBA Pick, Odds, and Prediction 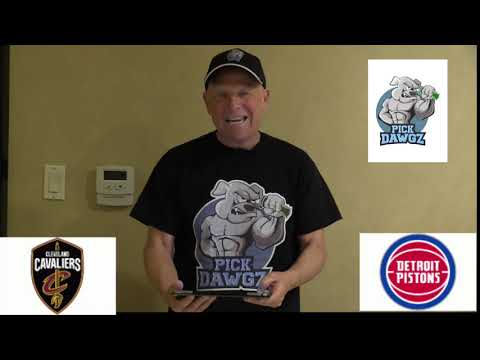