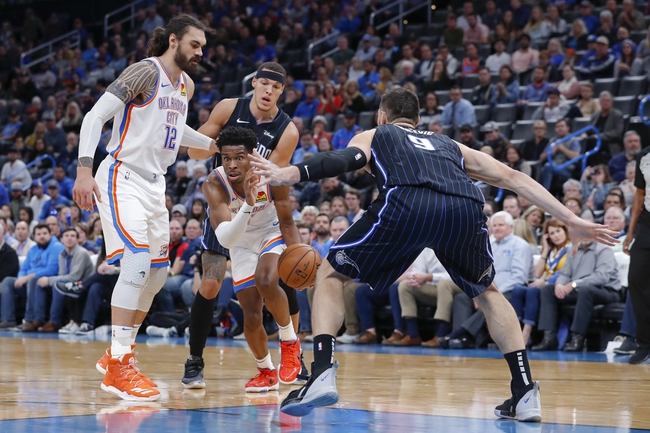 Where to Watch: FSOK, FSFL Stream live sports and exclusive originals on ESPN+. Sign up now!

The Oklahoma City Thunder pay a visit to the Orlando Magic at the Amway Center on Wednesday night.

The Oklahoma City Thunder have been in great shape as they've won 10 of their past 14 games and they will be aiming for a third straight victory after escaping Houston with a hard-fought 112-107 road win on Monday. Chris Paul led the team with 28 points on nine of 18 shooting, Danilo Gallinari added 25 points with 13 rebounds, Dennis Schroder provided the spark off the bench with 23 points and four assists while Shai Gilgeous-Alexander chipped in with 13 points and 10 rebounds. As a team, the Thunder shot 43 percent from the field and 12 of 32 from the 3-point line as they looked in trouble after falling behind by as many as 17 points before rallying in the fourth quarter where they outscored the Rockets by 41-20. Defensively, the Thunder did a great job of holding James Harden to just nine of 29 shooting from the field and one of 17 shooting from behind the arc.

Meanwhile, the Orlando Magic have been building nicely themselves as they've won seven of their past 11 games and they will be looking to stay hot after blowing past the struggling Hornets in a 106-83 road win on Monday. Evan Fournier drained six 3-pointers en route to 26 points with four assists, Nikola Vucevic racked up 24 points with 10 rebounds and four assists, while Terrence Ross nailed five 3-pointers to chip in with 19 points off the bench. As a team, the Magic shot 47 percent from the field and 14 of 28 from the 3-point line as they gained the lead in the second quarter where they held the Magic to just 28 points, before making it a blowout in the fourth quarter where they poured in 34 points.

Head to head, the over is 5-1 in the last six meetings in Orlando.

Steven Adams is currently listed as questionable for this one so the Thunder are likely to be shorthanded once again, but they showed they can still win with their defense after shutting down the Rockets' Harden on Monday. The Magic have been on a nice run themselves and they look particularly dangerous when Fultz is playing well. The Thunder are 13-3 ATS in their last 16 games against a team with a losing record and 17-5 ATS in their last 22 road games, so I'm sticking with the Thunder to stay hot with another win here. 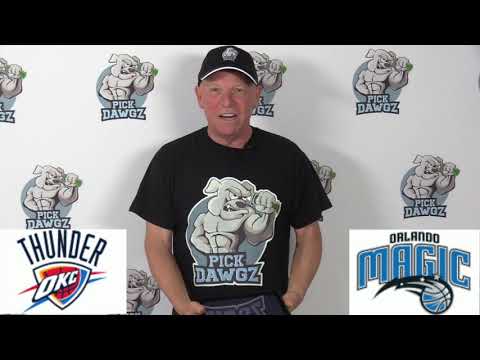