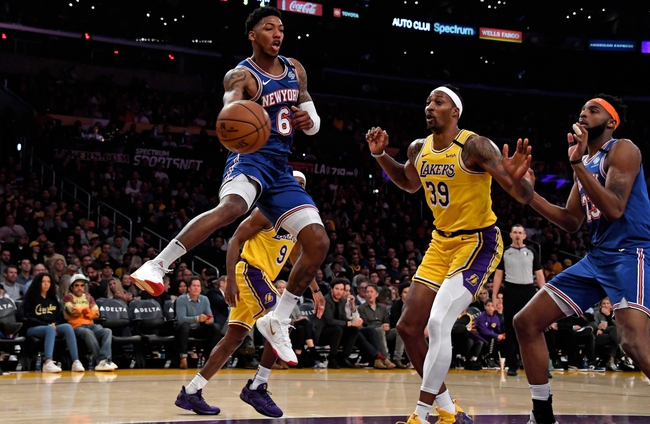 Where to Watch: SPEC, MSG Stream live sports and exclusive originals on ESPN+. Sign up now!

The Los Angeles Lakers pay a visit to the New York Knicks at Madison Square Garden on Wednesday night.

The Los Angeles Lakers have been in great form as they've reeled off 10 wins in their last 12 games, but they are coming into this one looking to bounce back after getting demolished at Boston in a 139-107 road loss on Monday. JaVale McGee led the team in scoring with 18 points in just 18 minutes of action, LeBron James racked up 15 points with seven rebounds and 13 assists while Kyle Kuzma and Rajon Rondo each scored 13 points. As a team, the Lakers shot just 43 percent from the field and seven of 26 from the 3-point line as they just couldn't keep up with a determined Celtics outfit who poured in 36 points in the second quarter to have the Lakers trailing by 14 points at halftime. Anthony Davis finished with just nine points on three of seven shooting and is currently considered probable for Wednesday.

Meanwhile, the New York Knicks have been in a serious slump as they've lost eight of their last 10 games, but they will be looking to build some momentum after taking care of the Cavaliers in a 106-86 road win on Monday. Julius Randle and Marcus Morris Sr each scored 19 points, Reggie Bullock and Bobby Portis each scored 12 points while Elfrid Payton chipped in with nine points and eight assists. As a team, the Knicks shot 48 percent from the field and nine of 23 from the 3-point line as they trailed by one point at the half, before blowing out the Cavaliers in the second half by 57-36 in one of their best halves of the season.

Head to head, the over is 6-1 in the last seven meetings overall and the Lakers are 2-6 ATS in the last eight meetings in New York.

The Lakers were in great form before running into a determined Celtics team, but the Knicks are certainly a step down in competition. The Lakers are 4-1 ATS in their last five road games while the Knicks are 2-6 ATS in their last eight home games against a team with a road record above .600. The line may seem a little hefty, but I'm sticking with the Lakers to bounce back with a double-digit win here. 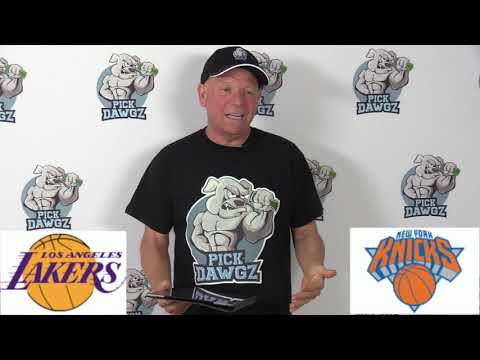