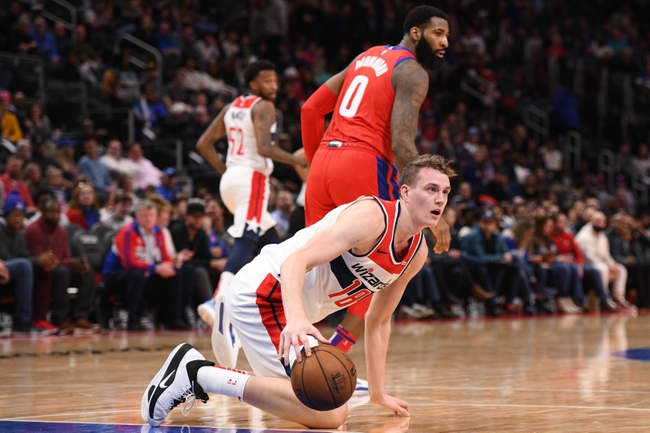 Where to Watch: FSDT, NSWA Stream live sports and exclusive originals on ESPN+. Sign up now!

The Detroit Pistons and the Washington Wizards duke it out at the Capital One Arena on Monday afternoon.

The Detroit Pistons have been in decent shape as they’ve split their last eight games and they will be gunning for a third straight victory after making light work of the Hawks in a 136-103 road win on Saturday. Derrick Rose led the team with 27 points and nine assists in just 26 minutes of action, Sviatoslav Mykhailuk added 25 points off the bench, Markieff Morris added 22 points while Andre Drummond racked up 16 points with 17 rebounds, three assists and five steals. As a team, the Pistons shot a sizzling 59 percent from the field and 15 of 32 from the 3-point line as they poured in 71 points in the first half before holding the Hawks to just 48 points in the second half to make it a blowout.

Meanwhile, the Washington Wizards have been in a rut lately as they’ve lost four of their last five games and they will be hoping to avoid a fourth straight defeat after getting thrashed by the Raptors in a 140-111 road loss on Friday. Troy Brown Jr led the team in scoring with 22 points, Isaac Bonga added 17 points with 10 rebounds while Bradley Beal chipped in with 14 points. As a team, the Wizards shot 44 percent from the field and 15 of 35 from the 3-point line, but they never looked in the contest after falling behind by double-digits in the first quarter.

The Pistons have found a bit of form with a couple of impressive wins over the Celtics and the Hawks, so they will be quietly confident coming into this one. Meanwhile, the Wizards have been in rough shape and are coming into this one fresh off a beating at the hands of the Raptors. The Wizards lead the regular season series 2-1, but the last meeting belonged to the Pistons who won by 132-102 back on Dec 26. The Pistons are only 1-6 ATS in the last seven meetings in Washington, but they’ve come to life with Rose leading the way over the last couple of games and I think they can keep it going against a slumping Wizards team.

Get Premium Picks Start Winning Now »
The pick in this article is the opinion of the writer, not a PickDawgz site consensus.
Previous Pick
NBA Power Rankings - All 30 Teams: 1/20/20
Next Pick
Atlanta Hawks vs. Toronto Raptors - 1/20/20 NBA Pick, Odds, and Prediction 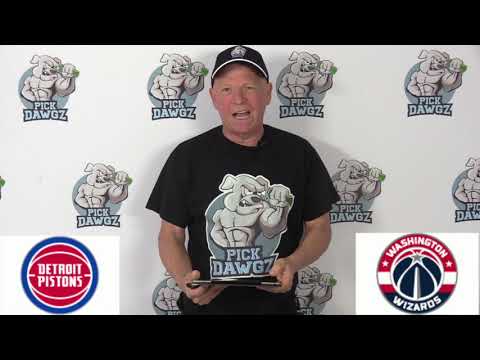