Where to Watch: FSOH, MSG Stream live sports and exclusive originals on ESPN+. Sign up now!

The Cleveland Cavaliers play host to the New York Knicks at the Quicken Loans Arena on Monday night.

The New York Knicks have been in a world of hurt as they’ve lost eight of their past nine games and they will be hoping to snap a three-game skid after falling just short to the 76ers in a 90-87 home loss on Saturday. Marcus Morris Sr. led the team in scoring with 20 points, Julius Randle racked up 14 points with 12 rebounds and five assists while Reggie Bullock chipped in with 14 points and three steals. As a team, the Knicks shot just 39 percent from the field and six of 25 from the 3-point line as they clawed their way back from an early 10-point deficit to take the lead with 31 seconds remaining, until the 76ers’ Tobias Harris drained a clutch 3-pointer three seconds later to reclaim the lead for good.

Meanwhile, the Cleveland Cavaliers have been in a slump of their own as they’ve lost nine of their past 11 games and they will be hoping to snap a four-game skid after falling painfully short against the Bulls in a 118-116 road loss on Saturday. Kevin Love led the team with 29 points and six assists, Collin Sexton added 26 points while Cedi Osman and Darius Garland each scored 16 points. As a team, the Cavaliers shot a healthy 54 percent from the field and 15 of 29 from the 3-point line as they exploded for 40 points in the second quarter to lead by as many as 19 points, before seeing their hard work go up in flames in the fourth quarter where the Bulls outscored them by 31-14.

The Knicks and the Cavaliers come into this game in similar form as both teams have stunk lately. The Knicks were close against the shorthanded 76ers in their last outing while the Cavaliers are returning home from a tough six-game road trip that ended with two narrow losses by six points and two points respectively. It’s hard to make much of an argument for either side here, but the Knicks are 1-4 ATS in the last five meetings overall and I think that trend continues as the Cavaliers get the much-needed win here. 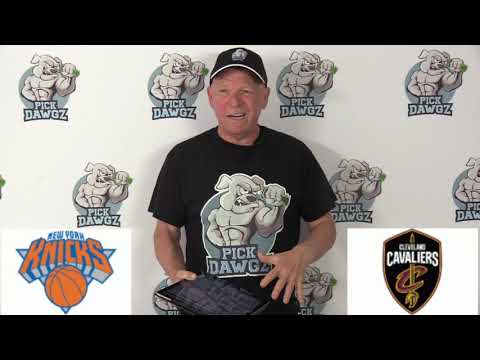