Where to Watch: FSSW, SUN Stream live sports and exclusive originals on ESPN+. Sign up now!

The Miami Heat and San Antonio Spurs meet Sunday in NBA action at the AT&T Center.

The Miami Heat haven't been nearly as good on the road as they have been at home this season, but they've been one of the more consistent teams overall and just cruised to a victory over these Spurs earlier this week. The San Antonio Spurs are seeing better results lately, but they're still inconsistent and a loss Friday night to the Atlanta Hawks makes you believe not much has changed with this team. The Spurs are 6-15 ATS at home and are winning by an average of just .2 points. In a near toss up, I'll take the better and more consistent team in the Heat. 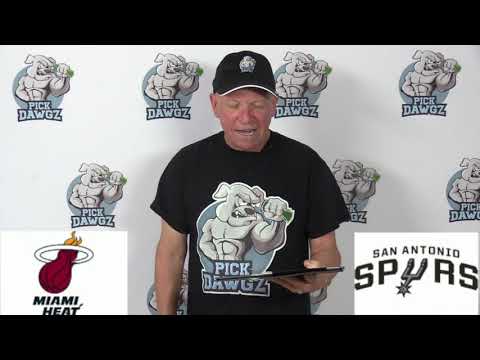