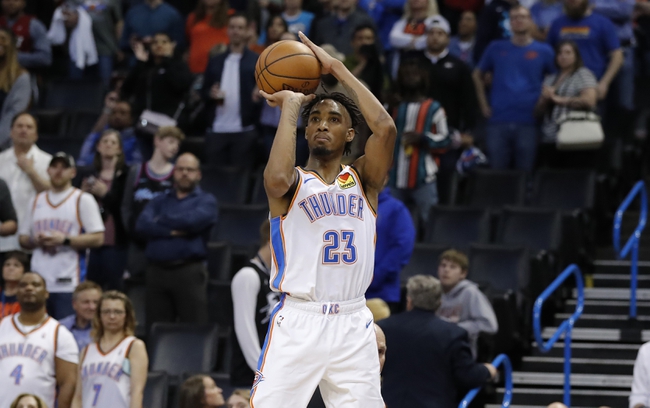 Where to Watch: FSOK, SUN Stream live sports and exclusive originals on ESPN+. Sign up now!

The Miami Heat and the Oklahoma City Thunder do battle at the Chesapeake Energy Arena on Friday night.

The Miami Heat have been playing well lately as they've won nine of their past 13 games and they will be looking to stay hot after taking down the Spurs in a 106-100 home win on Wednesday. Kendrick Nunn led the team in scoring with 33 points and four assists on 13 of 18 shooting, Goran Dragic added 17 points with five assists off the bench while Bam Adebayo chipped in with 14 points, 13 rebounds and seven assists. As a team, the Heat shot 46 percent from the field and 17 of 40 from the 3-point line as they struggled in the second quarter, before rallying home in the fourth quarter behind the hot hand of Nunn as the Heat improved to 18-1 at home this season.

Meanwhile, the Oklahoma City Thunder have been quietly playing some of their best basketball of the season as they've won eight of their last 11 games, but they will be looking to bounce back after falling to the Raptors in a 130-121 home loss on Wednesday. Dennis Schroder led the team in scoring with 25 points and six assists off the bench, Danilo Gallinari added 23 points, Shai Gilgeous-Alexander added 21 points while Chris Paul chipped in with 16 points and 11 assists. As a team, the Thunder shot 50 percent from the field and 16 of 42 from the 3-point line, but they were always fighting an uphill battle after the Raptors dominated in the first half to lead by as many as 30 points, before the Thunder closed the first half on a 12-0 run to keep it interesting.

The Heat have been one of the most reliable and consistent teams all season and they will be feeling pretty confident after taking care of the improving Spurs in their last outing. The Thunder were one of the hottest teams in the league before running into a determined Raptors team on Wednesday. The Heat are just 1-5-1 ATS in the last seven meetings overall, but I think they represent decent value as the road underdog here. This should be a close one, but I'm sticking with the Heat to get over the line with their defense. 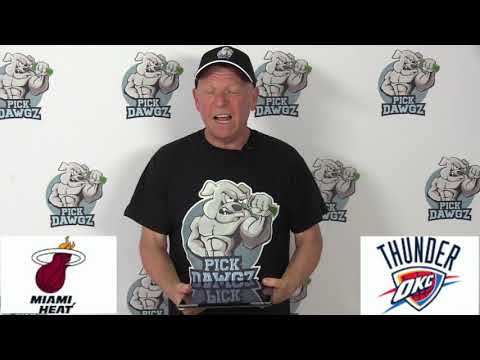