Where to Watch: FSIN, FSN Stream live sports and exclusive originals on ESPN+. Sign up now!

The Indiana Pacers and the Minnesota Timberwolves duke it out at the Target Center on Wednesday night.

The Indiana Pacers have been on a nice little run as they’ve won three of their last four games and they will be gunning for a third straight victory after sneaking past the 76ers in a 101-95 home win on Monday. TJ Warren led the team with 21 points on eight of 13 shooting, Malcolm Brogdon added 21 points with seven rebounds and nine assists while Myles Turner chipped in with 14 points, 10 rebounds and three blocks. As a team, the Pacers shot just 38 percent from the field and 10 of 26 from the 3-point line as they struggled in the first half to fall behind by 11 points, before dominating the game with their defense in the second half where they outscored the 76ers by 61-46.

Meanwhile, the Minnesota Timberwolves have been in a bit of a rut as they’ve lost three of their last four games and they will be hoping to snap a two-game skid after getting routed by the Thunder in a 117-104 home loss on Monday. Naz Reid led the team in scoring with 20 points in just 18 minutes off the bench, Shabazz Napier added 16 points with four assists while Robert Covington chipped in with 18 points. As a team, the Timberwolves shot just 41 percent from the field and 12 of 35 from the 3-point line as they set the tone with 33 points in the first quarter, before fizzling out in the third quarter where they scored just 19 points to fall behind by 13 points going into the fourth quarter. The Timberwolves needed more from Andrew Wiggins who scored just 10 points on four of 12 shooting, while no one could keep a lid on the Thunder’s Shai Gilgeous-Alexander who racked up a triple-double of 20 points with 20 rebounds and 10 assists.

Head to head, the over is 16-7-1 in the last 24 meetings overall and the Pacers are 4-1 ATS in the last five meetings in Minnesota.

The Pacers are starting to build some nice momentum with key players like Malcolm Brogdon returning to the lineup and they will be full of confidence after beating the 76ers on Monday. Meanwhile, the Timberwolves have lost three of their last four games and are coming off a beating at the hands of the Thunder in their own building. The Timberwolves are only 3-10 ATS in their last 13 games and I think that trend continues here as the Pacers’ balanced scoring should get the job done on the road. 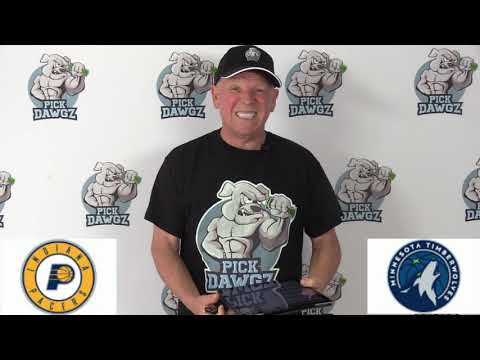