Where to Watch: FSSW, SUN Stream live sports and exclusive originals on ESPN+. Sign up now!

The Miami Heat play host to the San Antonio Spurs at the American Airlines Arena on Wednesday night.

The San Antonio Spurs have been in decent shape as they’ve won five of their last eight games and they will be looking to build some momentum after escaping Toronto with a 105-104 road win on Sunday. DeMar DeRozan led the team with 25 points, eight rebounds and four assists, Rudy Gay added 15 points, Derrick White added 13 points while LaMarcus Aldridge chipped in with 11 points and four assists. As a team, the Spurs shot 43 percent from the field and seven of 32 from the 3-point line as they scored just 21 points in the first quarter, which meant they were trailing for most of the game until they went on a 21-5 run to start the fourth quarter.

Meanwhile, the Miami Heat have been in great form as they’ve won eight of their last 12 games, but they will be hoping to avoid a third straight defeat after falling to the Knicks in a 124-121 road loss on Sunday. Jimmy Butler led the team with 25 points, 11 rebounds and six assists, Kendrick Nunn added 20 points, James Johnson scored 19 points while Tyler Herro chipped in with 15 points. As a team, the Heat shot 53 percent from the field and 14 of 35 from the 3-point line as they looked to have the game in control with a 14-point lead in the third quarter, only to fall in the fourth quarter where the Knicks closed the game on a 17-7 run in the final 4:03.

The Spurs have been building slowly but surely over their last eight games and they would've gained plenty of confidence from their narrow win over the Raptors in their last outing. The Heat have been one of the most consistent teams in the league all season, but they've hit a snag with a couple of losses on the trot. The Spurs are a solid 6-1-1 ATS in their last eight road games and they are 6-1 ATS in the last seven meetings in Miami, so I'm taking the Spurs with the points in what should be a close one. 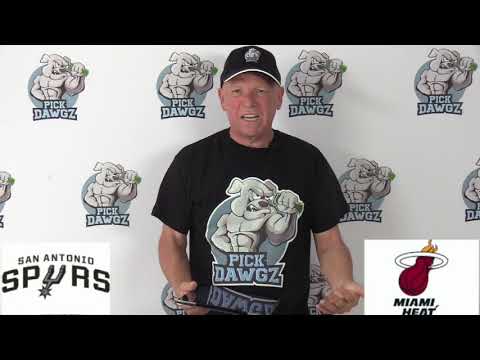