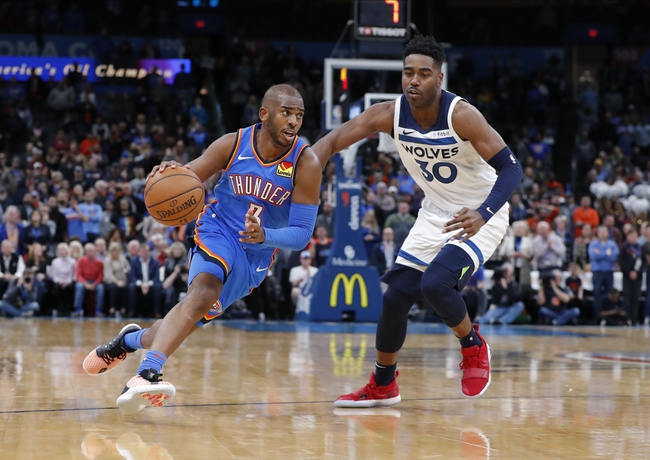 The Oklahoma City Thunder pay a visit to the Minnesota Timberwolves at the Target Center on Monday night.

The Oklahoma City Thunder have been in great form as they've won 11 of their past 14 games, but they are coming into this one looking to bounce back after falling by 125-110 at home to the Lakers who were without their two best players in LeBron James and Anthony Davis. Danilo Gallinari and Shai Gilgeous-Alexander each scored 24 points, Chris Paul added 16 points with eight assists while Dennis Schroder chipped in with 13 points and four assists off the bench. As a team, the Thunder shot 46 percent from the field and nine of 31 from the 3-point line, but a sluggish start cost them the game as they were always fighting an uphill battle after allowing the shorthanded Lakers to outscore them by 41-19 in the first quarter.

Meanwhile, the Minnesota Timberwolves have been in decent shape as they've split their last 10 games, but they will be hoping to bounce back after getting routed by the Rockets in a 139-109 road loss on Saturday. Josh Okogie led the team in scoring with 16 points and five assists off the bench, Jarrett Culver racked up 15 points, eight rebounds and five assists while Gorgui Dieng chipped in with 14 points. As a team, the Timberwolves shot just 37 percent from the field and 13 of 48 from the 3-point line as they fell behind by 16 points going into halftime, before getting blown out in the third quarter where they allowed 45 points. Andrew Wiggins finished with just 11 points on three of 13 shooting while Shabazz Napier scored just three points on one of seven shooting.

The Thunder have quietly been one of the hottest teams in the league and they will be eager to bounce back after getting destroyed by a shorthanded Lakers team in their last outing. The Timberwolves showed signs of a resurgence before getting pounded by the Rockets on Saturday and they continue to struggle without Karl-Anthony Towns. I can see an argument for the Timberwolves, but they are only 3-9 ATS in their last 12 home games while the Thunder were in a groove before running into a motivated Lakers team. With the line so short, I'm sticking with the Thunder to get the win and cover here. 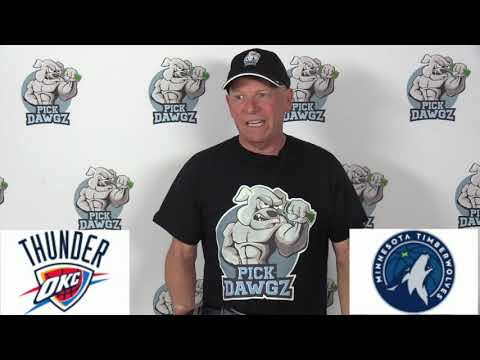