Where to Watch: FSDT, FSNO Stream live sports and exclusive originals on ESPN+. Sign up now!

The New Orleans Pelicans have had issues on the road all season long, but they're simply playing better basketball overall. The Detroit Pistons can't do anything without Kennard and Griffin on the court, and they're 14-25-1 ATS on the season. In a toss up game, give me the improved team that's playing with energy and finding ways to close the deal. The Pistons are piling up losses left and right. 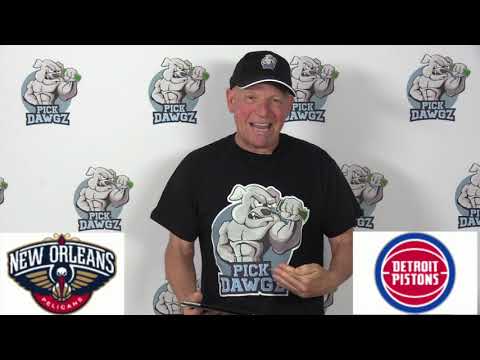