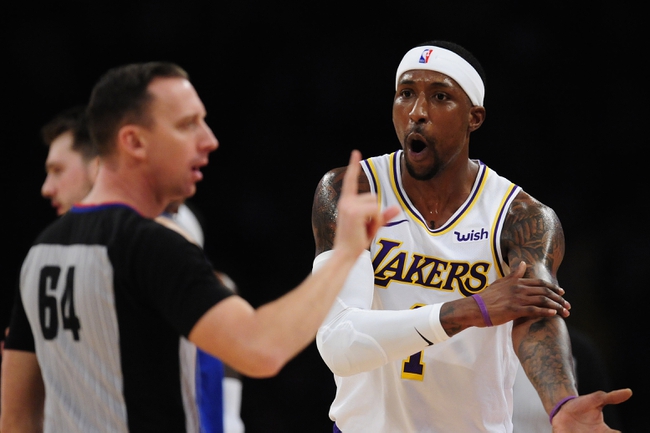 Where to Watch: SPEC, ESPN Stream live sports and exclusive originals on ESPN+. Sign up now!

The Los Angeles Lakers pay a visit to the Dallas Mavericks at the American Airlines Center on Friday night.

The Los Angeles Lakers have been on a nice run lately as they’ve reeled off six straight wins and they will be looking to stay hot after blowing past the Knicks in a 117-87 home win on Tuesday. LeBron James led the team with 31 points and five assists, Kentavious Caldwell-Pope added 15 points off the bench while Avery Bradley chipped in with 12 points. As a team, the Lakers shot 50 percent from the field and 17 of 36 from the 3-point line as they outscored the Knicks by 36-24 in the second quarter to take a 17-point halftime lead, before making it a blowout in the fourth quarter where they held the Knicks to just 17 points. Anthony Davis played just 28 minutes and is currently listed as questionable with a back injury that he suffered against the Knicks.

Meanwhile, the Dallas Mavericks have been in a bit of a rut as they’ve lost four of their last six games and they will be hoping to bounce back after falling painfully short to the Nuggets in a 107-106 home loss on Wednesday. Luka Doncic led the team with 27 points, nine rebounds and 10 assists, Dwight Powell added 16 points with eight rebounds and two blocks while Tim Hardaway Jr. chipped in with 15 points. As a team, the Mavericks shot 50 percent from the field and 12 of 35 from the 3-point line as they set the tone with 32 points in the first quarter to lead for most of the game, until the Nuggets closed the game with a 6-0 run in the final 2:20 to steal the game on a game-winning layup from Nikola Jokic.

The Lakers currently own a 2-1 series lead and they took the last meeting by 108-95 back on Dec 29, so they will be fully confident here. However, the Lakers could be shorthanded as Davis is currently listed as questionable, so this could be a prime opportunity for the Mavericks to square up the regular season series. This one could go either way, but the Lakers are on a roll at the moment and I think they can keep it going with a narrow win here.