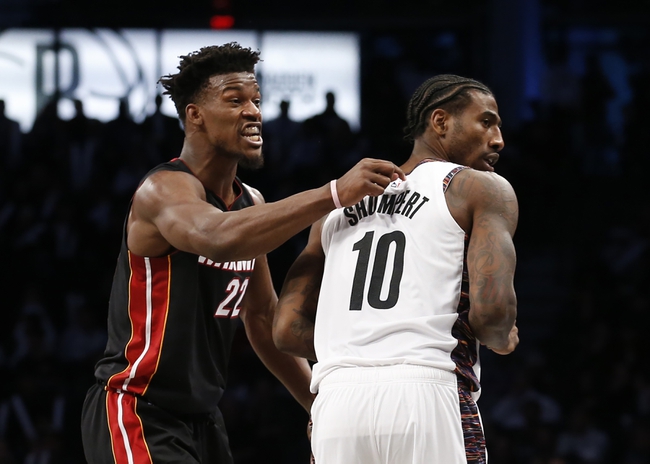 Where to Watch: YES, SUN Stream live sports and exclusive originals on ESPN+. Sign up now!

The Miami Heat pay a visit to the Brooklyn Nets at the Barclays Center on Friday night.

The Miami Heat have won eight of their past 10 games and they will be gunning for a third straight victory after blowing past the Pacers in a 122-108 road win on Wednesday. Tyler Herro drained five 3-pointers to lead the team with 19 points, Bam Adebayo and Derrick Jones Jr. each scored 18 points while Duncan Robinson chipped in with 17 points and five assists. As a team, the Heat shot 53 percent from the field and 16 of 38 from the 3-point line as they held the Pacers to just 49 points in the first half, before pouring in 38 points in the third quarter to lead by as many as 31 points. Jimmy Butler played just 28 minutes and finished with 14 points and seven assists while seven players finished in double figures in scoring as the Heat were able to rest their starters early.

Meanwhile, the Brooklyn Nets have been in a real slump as they’ve lost eight of their last nine games and they will be hoping to snap a seven-game skid after falling short against the Thunder in a 111-103 overtime home loss on Tuesday. Taurean Prince led the team with 21 points and eight rebounds, Caris LeVert added 20 points off the bench while Spencer Dinwiddie chipped in with 14 points and six assists. As a team, the Nets shot just 40 percent from the field and 11 of 37 from the 3-point line as they fought hard to stay in the contest, but no one could slow down the Thunder’s Chris Paul who scored 20 of his 28 points in the fourth quarter and overtime. The Nets managed just two points in the overtime period while Dinwiddie shot just six of 21 from the field.

Derrick Jones Jr. is currently listed as questionable with a thigh bruise, but the Heat have been in great form and have more than enough depth to cover for him. The Nets haven't been able to buy a win lately, but they were more than competitive in a 109-106 loss to the Heat back on Dec 1, so they will have some confidence here. The Nets are 0-7 ATS in their last seven meetings overall and I think that trend continues here as the Heat are simply on a roll at the moment and should have little trouble against this slumping Nets outfit. Give me the Heat to keep things rolling with a win and cover here. 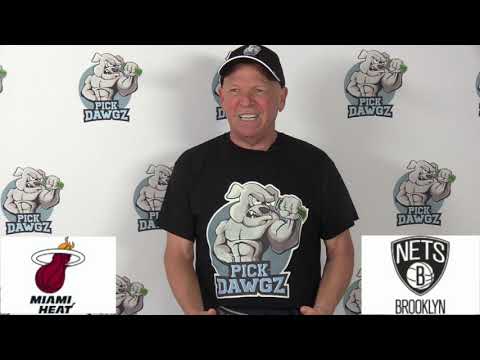