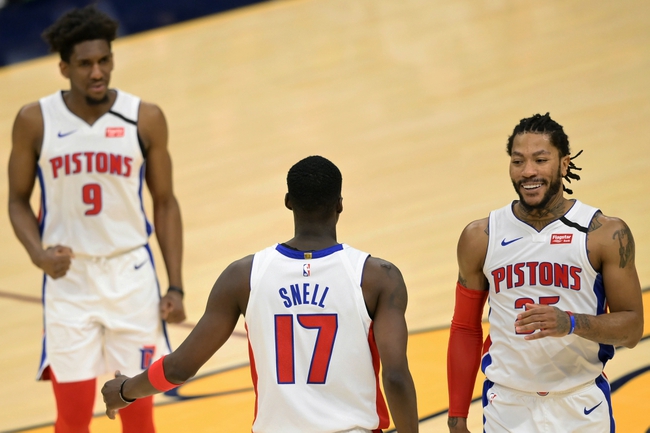 The Cleveland Cavaliers pay a visit to the Detroit Pistons at Little Caesars Arena on Thursday night.

The Cleveland Cavaliers have been in a real slump as they’ve lost six of their past seven games and they will be hoping to stop a five-game skid after falling just short to the Pistons in a 115-113 home loss on Tuesday. Kevin Love led the team with 30 points, nine rebounds and four assists, Collin Sexton added 20 points, Cedi Osman scored 17 points while Darius Garland chipped in with 14 points. As a team, the Cavaliers shot 49 percent from the field and 14 of 31 from the 3-point line as they poured in 38 points in the second quarter to lead for most of the game, until the 31-18 fourth quarter where they blew a 13-point lead.

Meanwhile, the Detroit Pistons have been in a slump of their own as they’ve lost nine of their past 12 games, but they will be feeling pretty good after taking down the Cavaliers on Tuesday. Derrick Rose led the team with 24 points and seven assists off the bench, Andre Drummond racked up 23 points with 20 rebounds and five assists and Tony Snell chipped in with 18 points. As a team, the Pistons shot 46 percent from the field and 13 of 33 from the 3-point line as they were fell into an early hole in the second quarter, before rallying in the fourth quarter to steal the game on the back of two clutch free-throws from Drummond with 1.6 seconds remaining.

Head to head, the over is 5-0 in the last five meetings overall and the Cavaliers are 2-5 ATS in the last seven meetings in Detroit.

The Cavaliers have been in a rut lately and they will be kicking themselves after losing on Tuesday in a game that they had in their control. The Pistons looked down and out against the Cavaliers for most of the game on Tuesday, before they took over in the fourth quarter, but I don't think they'll be so lucky again. The Cavaliers are only 3-8 ATS in their last 11 road games, but they've been playing better than their record suggests lately and I think they do enough here to at least earn the cover. 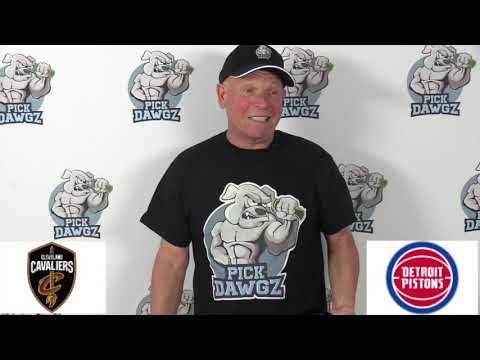