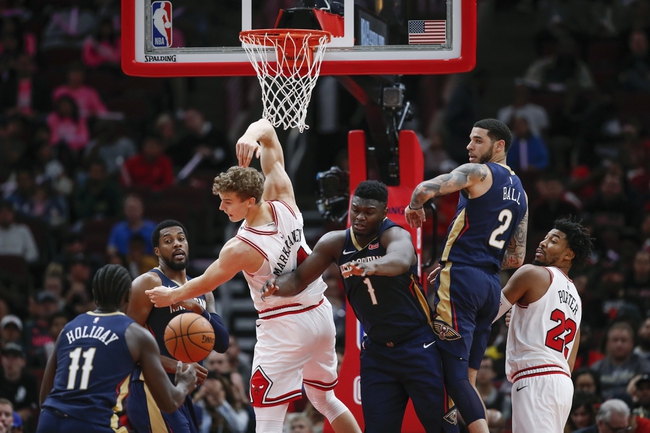 Where to Watch: NBCH, FSNO Stream live sports and exclusive originals on ESPN+. Sign up now!

The Chicago Bulls pay a visit to the New Orleans Pelicans at the Smoothie King Center on Wednesday night.

The Chicago Bulls have been in a bit of a slump as they've lost five of their last six games and they  will be hoping to snap a four-game skid after falling to the Mavericks in a 118-110 road loss on Monday. Lauri Markkanen led the team with 26 points and nine rebounds, Zach LaVine added 20 points with seven assists, Coby White scored 15 points off the bench while Tomas Satoransky chipped in with 11 points and 14 assists. As a team, the Bulls shot 46 percent from the field and nine of 31 from the 3-point line as they set the tone with 33 points in the first quarter, but they just couldn't keep the pace in the second half as the Mavericks pulled away behind the play of Luka Doncic who racked up another triple-double of 38 points with 11 rebounds and 10 assists.

Meanwhile, the New Orleans Pelicans have been playing some of their best basketball of the season as they've won five of their last seven games, but they will be hoping to bounce back after falling painfully short to the Jazz in a 128-126 home loss on Monday. Brandon Ingram led the team with 35 points, eight rebounds and five assists, JJ Redick added 23 points on seven of 12 shooting, while Lonzo Ball racked up 21 points with eight rebounds and seven assists. As a team, the Pelicans shot 48 percent from the field and 12 of 31 from the 3-point line as they ralled in the fourth quarter to tie the game with 1:28 left, but they just couldn't score the rest of the way as Ingram missed the potential game-tying layup.

Jrue Holiday sat out on Monday with a bruised left elbow and is considered out for Wednesday, but the Pelicans have been playing so well with Ball at the point that I don't think they're going to miss him in this matchup. The Bulls have been playing better than their recent record suggests, but the Pelicans are finally on a nice run and I think they can keep it going with a win and cover at home. 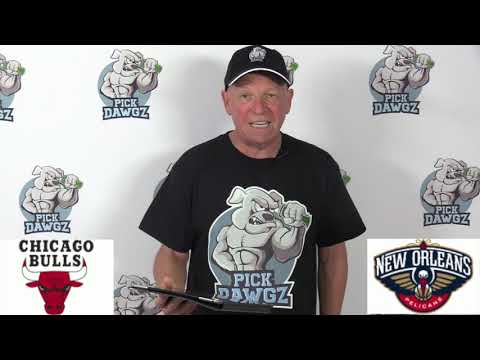