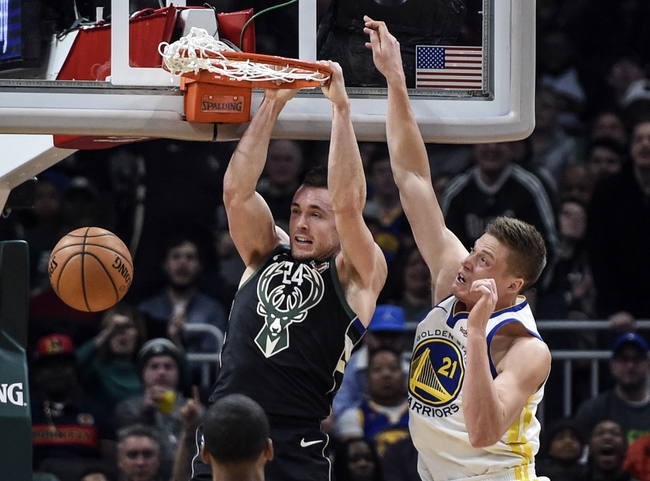 The Golden State Warriors play host to the Milwaukee Bucks at the Chase Center on Wednesday night.

The Milwaukee Bucks have been in great form as they've won eight of their past 10 games, but they will be looking to bounce back in this one after getting routed by the Spurs in a 126-104 road loss on Monday. Giannis Antetokounmpo led the team with 24 points, 12 rebounds and eight assists, Donte DVincenzo added 16 points off the bench while Khris Middleton and George Hill each scored 15 points. As a team, the Bucks shot just 40 percent from the field and 15 of 45 from the 3-point line as they were sluggish out of the gates and found themselves with too much ground to make up after getting outscored by 65-52 in the first half against a motivated Spurs team who drained a season-high 19 3-pointers.

Meanwhile, the Golden State Warriors have been in a real slump as they're hoping to put an end to a five-game skid after getting routed by the Kings in a 111-98 road loss on Monday. Glen Robinson III led the team with 16 points, Omare Spellman added 13 points while Eric Paschall chipped in with 12 points. As a team, the Warriors shot 39 percent from the field and just five of 26 from the 3-point line as they scored just 40 points in a horror first half, before allowing the Kings to pour in 38 points in the third quarter where they trailed by as many as 31 points before they rallied in the fourth quarter to keep the final score respectable.

I'm rarely a fan of the Bucks when they are so heavily favored, especially on the road, but they're coming into this one off a bad beating to the Spurs and are now coming up against the severely shorthanded Warriors who can't beat anyone at the moment. The Bucks are 12-5-1 ATS in the last 18 meetings overall and I think they keep that trend going as they roll to an easy win and cover here. 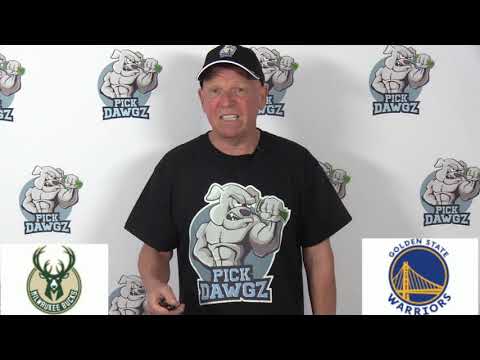