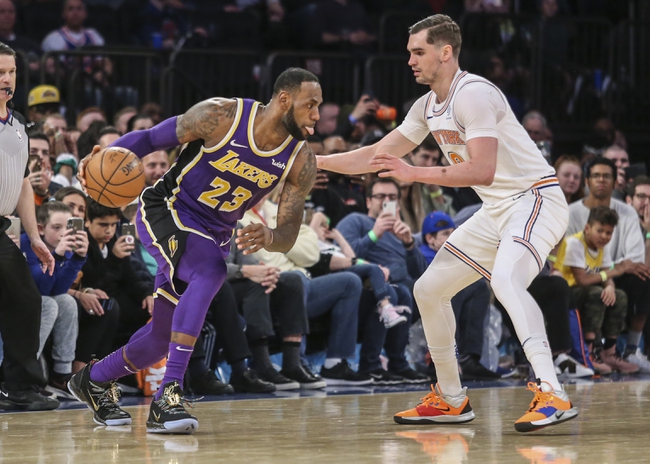 The New York Knicks and the Los Angeles Lakers collide at the Staples Center on Tuesday night.

The New York Knicks have been enjoying a bit of an uptick lately as they’ve split their last 12 games, but they will be hoping to avoid a third straight defeat after falling just short to the Clippers in a 135-132 road loss on Sunday. Marcus Morris Sr. led the team with 38 points on 13 of 19 shooting, RJ Barrett added 24 points on seven of 11 shooting while Julius Randle chipped in with 16 points, eight rebounds and four assists. As a team, the Knicks shot 57 percent from the field and 12 of 23 from the 3-point line as they set the tone with 45 points in the first quarter to lead by as many as 16 points, before allowing the Clippers to pour in 85 points in the second and third quarters combined to take a 15-point lead before the Knicks went on a late run in the fourth.

Meanwhile, the Los Angeles Lakers have been in great form as they’re coming into this game aiming for a sixth straight victory after taking down the Pistons in a 106-99 home win on Sunday. Anthony Davis led the team with 24 points, 11 rebounds and eight blocks, LeBron James racked up a triple-double of 21 points with 14 rebounds and 11 assists while Alex Caruso chipped in with 13 points and three assists off the bench. As a team, the Lakers shot 45 percent from the field and six of 20 from the 3-point line but they won this game with their defense as they racked up 20 blocks as a team to escape with the win after blowing an 11-point lead in the fourth quarter.

The Knicks are starting to gain a bit of momentum with six wins in their last 12 games and they will be feeling quietly confident after pouring in 132 points against the Clippers in their last outing. However, the Lakers have been on a tear as they’re riding a five game win streak and they look almost unbeatable when they lock in defensively like they did against the Pistons. It’s hard to see anything but a win for the Lakers here, but they are only 2-8-1 ATS in their last 11 games overall, so with the line so hefty, I think the smarter play is with the Knicks and the points in this spot 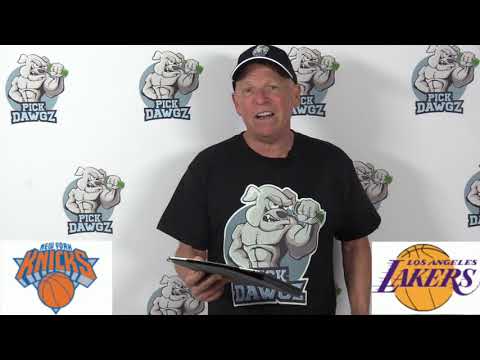