Where to Watch: NBSB, NSWA Stream live sports and exclusive originals on ESPN+. Sign up now!

The Washington Wizards play host to the Boston Celtics at the Capital One Arena on Monday night.

The Boston Celtics have been on a tear lately as they’ve won eight of their last nine games and they will be gunning for a fourth straight victory after escaping Chicago with a 111-104 road win on Saturday. Jayson Tatum led the way with 28 points on 12 of 15 shooting, Gordon Hayward added 24 points, Jaylen Brown scored 19 points while Enes Kanter chipped in with 17 points, 12 rebounds and two blocks. As a team, the Celtics shot 52 percent from the field and eight of 19 from the 3-point line as they dominated most of the game to lead by as many as 16 points, before the Bulls rallied to cut lead to just three in the fourth quarter. In wasn’t the prettiest of wins, but the Celtics got the job done to improve to 25-8 overall and 11-6 on the road.

Meanwhile, the Washington Wizards have continued their inconsistent season with seven losses in their last 10 games, but they will be looking to build some momentum after upsetting the Nuggets in a 128-114 home win on Saturday. Ish Smith sparked the team with 32 points and eight assists off the bench, Troy Brown Jr. added 25 points with 14 rebounds and three assists while Isaac Bonga chipped in with 15 points. As a team, the Wizards shot 54 percent from the field and six of 16 from the 3-point line as they dominated an uninspired Nuggets team in the first and fourth quarters by a combined 64-43 to pull off the major upset. Bradley Beal sat out the last two games with lower right leg soreness and his status for this one is questionable.

The Wizards did a great job of getting the jump on a lazy Nuggets team, but it will be tough for them to repeat that performance against this red hot Celtics team. With or without Beal, the Wizards should be able to put up a good fight at home, but the Celtics are simply on a roll right now and I don’t see them having much trouble against the porous defense of the Wizards 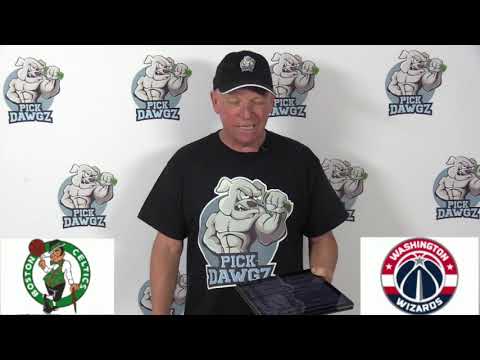