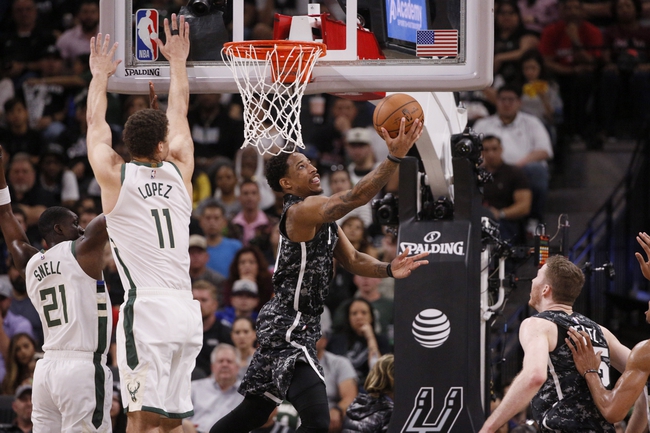 Where to Watch: FSWI, FSSW Stream live sports and exclusive originals on ESPN+. Sign up now!

The Milwaukee Bucks play host to the San Antonio Spurs at the Fiserv Forum on Saturday night.

The San Antonio Spurs have been in decent shape as they’ve won three of their past five games, but they will be looking to bounce back after falling just short to the underrated Thunder in a 109-103 home loss on Thursday. DeMar DeRozan led the team in scoring with 30 points on 13 of 25 shooting, LaMarcus Aldridge added 22 points with 11 rebounds and three blocks while Lonnie Walker IV chipped in with 16 points off the bench. As a team, the Spurs shot 43 percent from the field and 13 of 31 from the 3-point line as they went into halftime leading by nine points, before fading in the second half where they were outscored by 63-48 behind the play of veteran Chris Paul who scored 10 of his 16 points in the fourth quarter. Bryn Forbes shot just one of nine for his three points while Patty Mills shot just one of eight to finish with two points.

Meanwhile, the Milwaukee Bucks have been on an absolute tear as they’ve won seven of their past eight games and they will be aiming for a fifth straight victory after sneaking past the Timberwolves in a 106-104 home win on Wednesday. Giannis Antetokounmpo led the team with 32 points, 17 rebounds and four assists, Khris Middleton added 13 points with eight rebounds and four assists while Brook Lopez chipped in with 11 points and six blocks. As a team, the Bucks shot 42 percent from the field and nine of 36 from the 3-point line as they just couldn’t put away a pesky Timberwolves team who were playing without their two leading scorers in Karl-Anthony Towns and Andrew Wiggins. The Bucks will be relieved with the win in their last outing, but they will also be annoyed that they couldn’t put the game to bed early.

The Spurs are finally starting to turn their season around after a slow start, but they just can't seem to gain any traction with their defense and perimeter shooting still hurting their progress. The Bucks have been running through teams lately, but they received a real wakeup call against a shorthanded Timberwolves team in their last outing and I think that spells trouble for this inconsistent Spurs team. The Bucks are 13-4 ATS in their last 17 games overall and I think that trend continues here as the Spurs get blown out in the second half in this one. 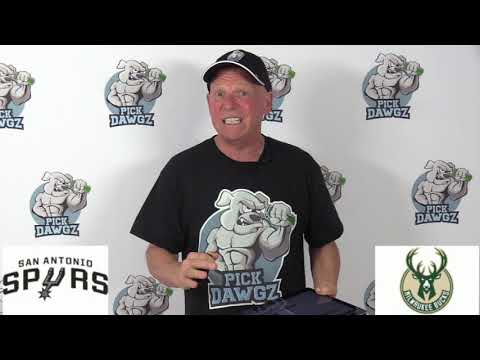