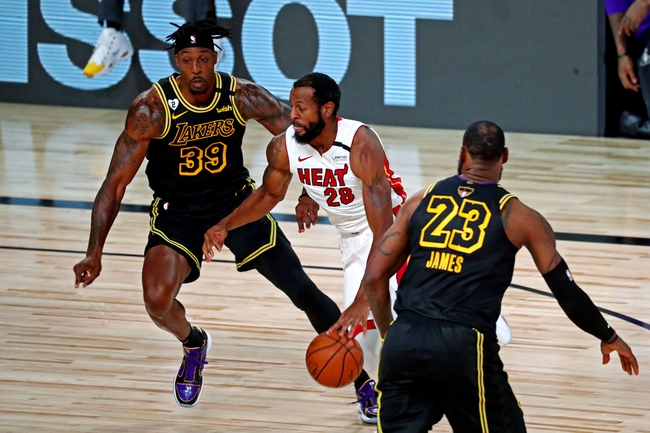 The Los Angeles Lakers will be aiming to take a commanding 3-0 series lead against the Miami Heat in Game 3 of the NBA Finals at the AdventHealth Arena on Sunday night.

The Los Angeles Lakers are now just two wins away from winning it all after taking down the Heat in a 124-114 win in Game 2 on Friday. LeBron James led from the front with 33 points, nine rebounds and nine assists, Anthony Davis racked up 32 points with 14 rebounds on 15 of 20 shooting, Rajon Rondo scored 16 points with 10 assists off the bench while Kentavious Caldwell-Pope and Kyle Kuzma each scored 11 points. As a team, the Lakers shot a healthy 50 percent from the field, but that was mostly due to the efficient shooting of James and Davis who shot a combined 29 of 45 from the field. Danny Green struggled all night as he shot just one of eight from the field to finish with just three points, while Caldwell-Pope shot just two of 11 from the 3-point line as the Lakers shot just 16 of 47 from the 3-point line. The Lakers set the tone with their defense by holding the Heat to just 23 points in the first quarter before jumping out to an 18-point lead and what certainly helped was their activity and effort on the boards as they finished with 16 offensive rebounds.

Meanwhile, the Miami Heat will be hoping to bounce back after getting stopped by the Lakers in Game 2 on Friday night. Jimmy Butler led the team in scoring with 25 points, eight rebounds and 13 assists, Kelly Olynyk scored 24 points, nine rebounds and two assists off the bench while Tyler Herro finished with 17 points and three assists in a rare start. As a team, the Heat shot 50 percent from the field and 11 of 27 from the 3-point line, but without the services of Goran Dragic and Bam Adebayo, the Heat did pretty well just to avoid getting blown out for the second straight game as the Lakers were just unstoppable with Davis making 14 of his first 15 shots from the field. Duncan Robinson has yet to make an impact on this series as he shot just two of seven from the field to finish with nine points on Friday after going scoreless in Game 1.

The Heat showed plenty of fight to stay within striking distance on Friday after getting blown out in Game 1 and they will be looking to go one better this time, especially given that Adebayo is likely to return. However, the Lakers shot a miserly 16 of 47 from the 3-point line in Game 2 and still cruised to victory. The Heat should be able to draw some positives from their loss so not all is lost here, but it's too hard to pick against this motivated Lakers team, especially with Davis playing so well.  Give me the Lakers to move to within one win of the NBA Championship. 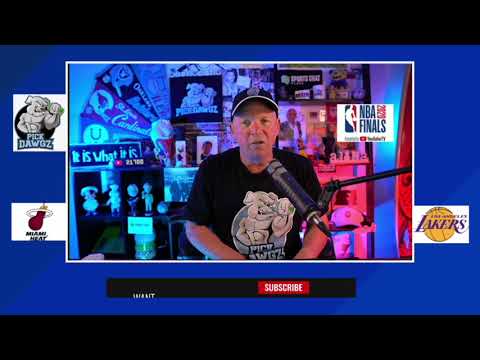