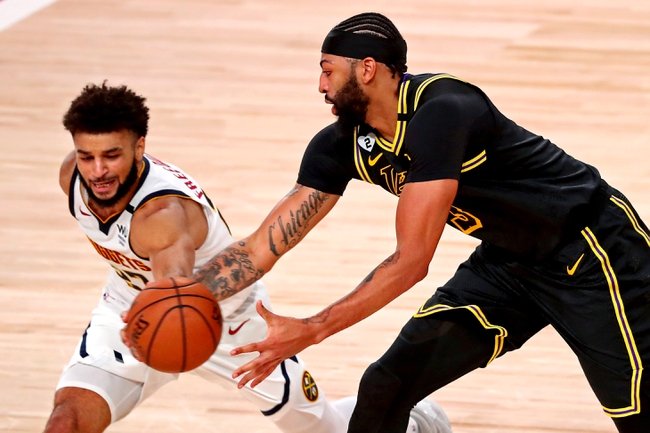 The Denver Nuggets and the Los Angeles Lakers collide in a pivotal Game 3 of the Western Conference Finals at the AdventHealth Arena on Tuesday night.

The Los Angeles Lakers will be aiming to take a commanding 3-0 series lead after outlasting the Nuggets in a thrilling 105-103 win in Game 2. Anthony Davis led the team with 31 points, nine rebounds and two blocks, LeBron James started hot and finished with 26 points, 11 rebounds and four assists while Danny Green and Kentavious Caldwell-Pope each scored 11 points. As a team, the Lakers shot 44 percent from the field and 13 of 36 from the 3-point line as they seemed to be in complete control for most of the game, but they let the Nuggets back in the game and suddenly found themselves in trouble of dropping Game 2, until Davis saved the day with the 3-pointer at the buzzer.

The Denver Nuggets showed plenty of fight to bounce back after getting blown out in Game 1, but it still wasn’t enough to get past the Lakers in Game 2. Nikola Jokic led the way with 30 points, six rebounds, nine assists and four steals, Jamal Murray added 25 points with six rebounds and four assists while Michael Porter Jr. chipped in with 15 points off the bench, but no other player finished in double figures. As a team, the Nuggets shot 47 percent from the field and eight of 24 from the 3-point line as they struggled against the Lakers to fall behind by 16 points, before Jokic led the late charge with 11 straight points down the stretch, including the go-ahead shot to give the Nuggets the late lead, but a blown defensive assignment on the final play meant that the Lakers’ Davis had a wide open look, which was the difference in the end.

Head to head, the over is 21-8-2 in the last 31 meetings overall and the Lakers are 2-5 ATS in the last seven meetings in Denver.

The Lakers will be feeling like they got away with one as they almost lost despite leading for most of the game, but they will take plenty of confidence from Davis who delivered when it mattered most. The Nuggets looked completely outmatched in Game 1, but once again they just refuse to give up and were one shot away from levelling the series. The Nuggets have shown plenty of fight to climb back from these double-digit deficits, but I don’t like their chances if they have another slow start. It’s tempting to go with the Lakers in a blowout, but the season is on the line for the Nuggets and I think they do enough to get the cover here.