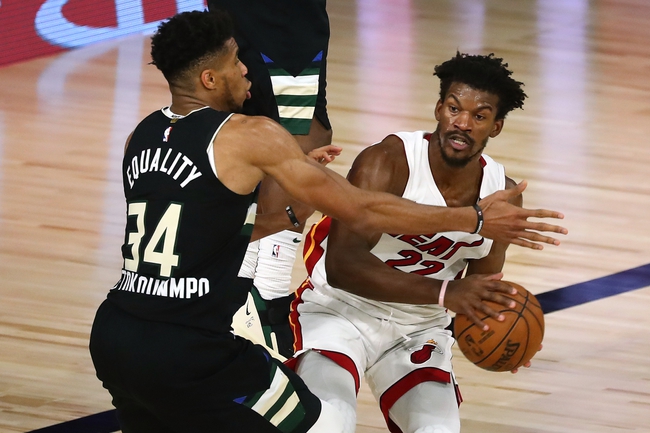 The Milwaukee Bucks and the Miami Heat collide in a pivotal Game 3 of the East Semis at the HP Field House on Friday night.

The Milwaukee Bucks are now behind 2-0 in the series and they will be hoping to bounce back in a big way after falling to the Heat in a 116-114 loss on Wednesday. Giannis Antetokounmpo rebounded from a poor performance in Game 1 to lead the team with 29 points, 14 rebounds and three assists, Khris Middleton added 23 points with eight assists while Brook Lopez and Eric Bledsoe each scored 16 points. As a team, the Bucks shot 43 percent from the field and just seven of 25 from the 3-point line as they slowly clawed their way back from an early 13-point deficit to tie the game with 4.3 seconds on the clock, only to see the game slip from their hands as the Heat’s Jimmy Butler nailed the game-winning free throws at the buzzer. It was a heartbreaking loss for the Bucks, but they will take some confidence from the fact that they were almost able to force overtime, despite trailing by six points with just 16 seconds remaining.

Meanwhile, the Miami Heat almost blew it, but they will be delighted that they did enough to take a solid 2-0 series lead on Wednesday. Goran Dragic found his shot early and led the team with 23 points and four assists, Tyler Herro provided the spark off the bench with 17 points, Jae Crowder added 16 points while Bam Adebayo wreaked havoc in the paint to finish with 15 points, nine rebounds and three assists. As a team, the Heat shot 45 percent from the field and 17 of 45 from the 3-point line as they set the tone with 38 points in the first quarter to lead for most of the game, until the final 15 seconds where the Bucks rallied to tie the game before Jimmy Butler drew the shooting foul at the buzzer to steal the game.

The Bucks put together a much better performance in Game 2 but allowing the Heat to get off to the quick start meant they were always fighting an uphill battle. Antetokounmpo had a strong game despite battling foul trouble and the Bucks did a nice job of limiting Butler to just 13 points, but they shot a miserable seven of 25 from the 3-point line compared to the Heat who made 17 of 45 and that was the difference in a close game. The Bucks are already down 2-0 in the series, so they’ll surely come out firing in this one, but the Heat have just looked like the more polished outfit and they’ll only grow in confidence after beating the Bucks despite a quiet game from Butler. Give me the Heat with the points in what should be another close one. 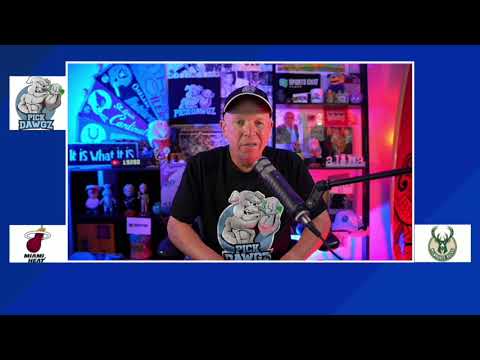