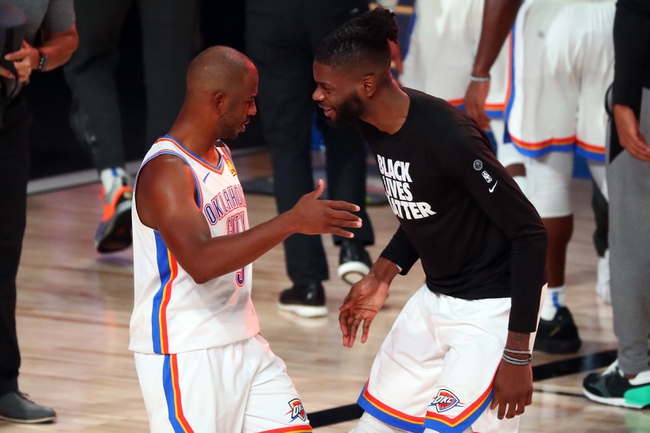 The Oklahoma City Thunder and the Houston Rockets duke it out in a pivotal Game 5 at the AdventHealth Arena on Saturday night.

The Oklahoma City Thunder will be looking to take the lead in the series for the first time after squaring up the series against the Rockets with a 117-114 win in Game 4. Dennis Schroder led the team with a career playoff-high 30 points on 10 of 16 shooting off the bench, Chris Paul added 26 points with three assists while Shai Gilgeous-Alexander chipped in with 18 points, 12 rebounds and six assists. As a team, the Thunder shot 48 percent from the field and 11 of 32 from the 3-point line as they trailed by as many as 15 points, before turning to their backcourt duo of Schroder and Paul who scored the team’s last 12 points in the final 1:52 to steal the game late.

Meanwhile, the Houston Rockets will be kicking themselves after just missing out on a big chance to take a commanding 3-1 series lead. James Harden led the team with 32 points, eight rebounds, 15 assists and four steals, Eric Gordon added 23 points, Danuel House Jr. scored 21 points while Robert Covington chipped in with 14 points. As a team, the Rockets shot 45 percent from the field and a sizzling 23 of 58 from the 3-point line as they looked to be rolling and in control for most of the game, until they went cold in the fourth quarter where they managed just 21 points. PJ Tucker finished with a double-double of 11 points with 11 rebounds, but the Rockets could’ve done with more from Austin Rivers who finished scoreless in 15 minutes off the bench.

The Thunder will be gunning for a third straight win to take the lead for the first time in this series and they have to be feeling confident after overcoming that 15-point deficit to steal Game 4, but the big news is that the Rockets should have Russell Westbrook back in the starting lineup which is a major boost. The Thunder have the momentum in the series, but I think the Rockets can respond with a hard-fought win in this one. 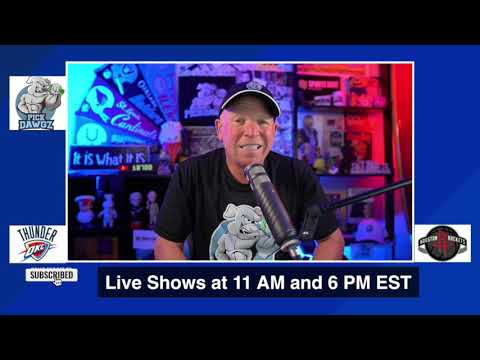