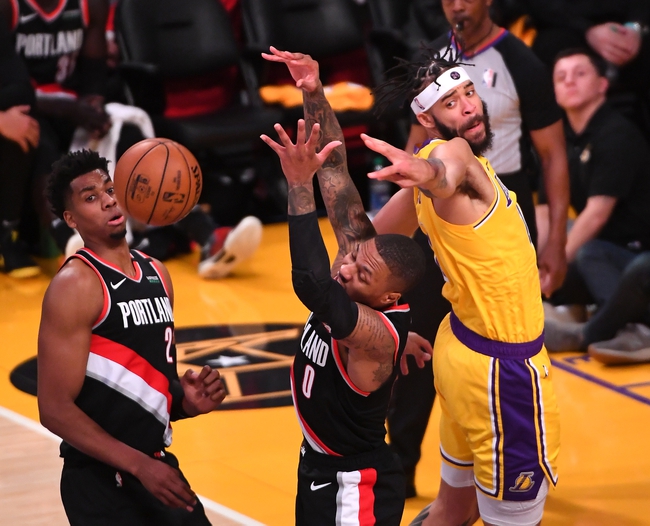 The Portland Trailblazers and the Los Angeles Lakers do battle in Game 1 of the Western Conference Quarterfinals at the ESPN Wide World of Sports Complex on Tuesday night.

The Portland Trailblazers have looked like a team on a mission as they won six of their last eight games, before taking down the Grizzlies in a play-in game to finish with the eighth seed in the Western Conference. Damian Lillard took his game to another level this season as he finished with averages of 30.0 points, 4.3 rebounds and 8.0 assists per game, CJ McCollum averaged 22.2 points and 4.4 assists per game, Hassan Whiteside averaged 15.5 points and 10.3 rebounds per game while Carmelo Anthony averaged 15.4 points and 6.3 rebounds per game. As a team, the Trailblazers averaged 115.0 points per game while shooting 46.3 percent from the field and 34.1 percent from the 3-point line. The Trailblazers are dealing with several players missing as Trevor Ariza and Rodney Hood are both missing from the team, while Jusuf Nurkic didn’t play a game this season until the league moved to the bubble. 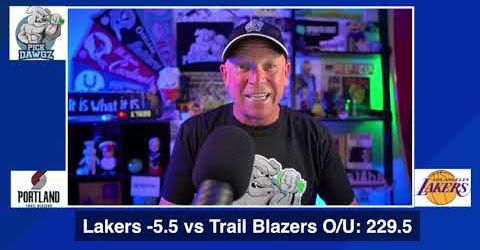 Meanwhile, the Los Angeles Lakers hold the top seed in the Western Conference, but they’ve been far from convincing in the bubble as they’ve lost four of their last five games. Anthony Davis led the team with averages of 26.1 points, 9.3 rebounds and 3.2 assists per game, LeBron James averaged 25.3 points, 7.8 rebounds and 10.2 assists per game while Kyle Kuzma averaged 12.8 points and 4.5 rebounds per game. As a team, the Lakers averaged 113.4 points per game while shooting 48.0 percent from the field and 34.9 percent from the 3-point line. The Lakers are without Avery Bradley who hasn’t rejoined the team in the bubble, but they recruited a couple of veterans in Dion Waiters and JR Smith while Rajon Rondo has cleared quarantine and is expected to be available soon.

The Lakers have been one of the favorites to win the championship from the start of the season, but they haven’t been very convincing if you’ve been watching their play in the bubble. Of course, the Lakers expect to flip the switch come playoff time as James usually goes to another level, but their offense still looks like a work in progress which opens the door for the red-hot Trailblazers who are coming into this series with plenty of momentum. I’m sure the Lakers can grind their way to a win here, but the value is with the Trailblazers and the points in this one.