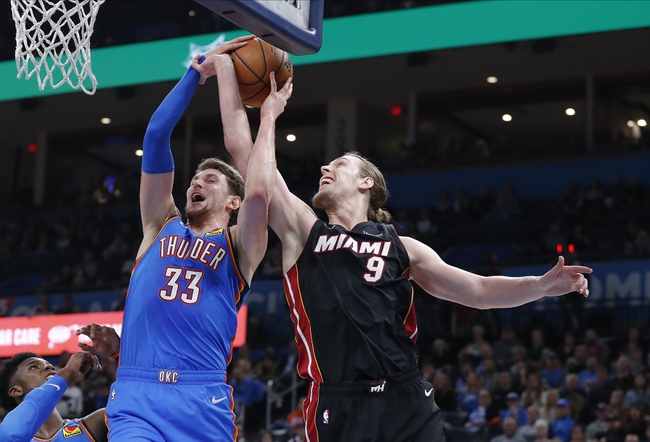 Where to watch: SUN, FSOK Stream live sports and exclusive originals on ESPN+. Sign up now!

This line makes me think the Miami Heat are going to rest guys with them pretty much locked into the fourth or fifth seed in the East. However, the OKC Thunder are currently listing Steven Adams, Danilo Gallinari, Shai Gilgeous-Alexander and Nerlens Noel questionable with injuries. I don't want anything to do with the Thunder if those guys aren't playing. Even if the Heat rest a couple of guys, they're a fairly deep team that gets after it defensively and has just enough shooting to win undermanned.

This is closer to a toss up game if both teams sit guys. I want the Heat and the points.