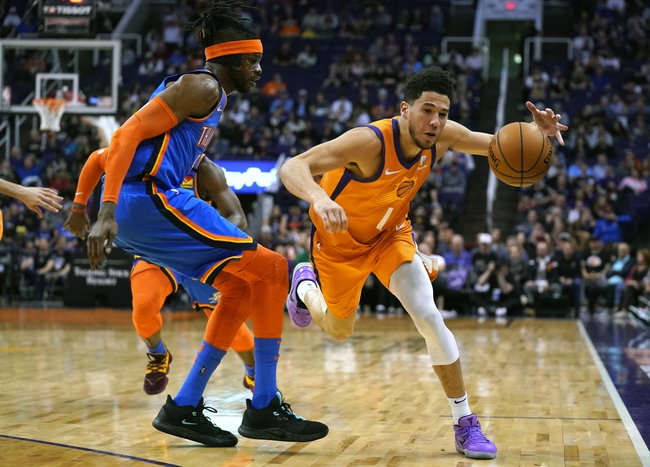 The Oklahoma City Thunder and the Phoenix Suns collide at the ESPN Wide World of Sports Complex on Monday afternoon.

The Oklahoma City Thunder have been in decent form as they’ve won three of their five games in the bubble and they will be looking to stay hot after last night’s 121-103 win over the slumping Wizards. Darius Bazley drained five 3-pointers to lead the team with 23 points off the bench, Danilo Gallinari added 20 points, Shai Gilgeous-Alexander scored 18 points with seven assists while Chris Paul chipped in with 13 points and nine assists. As a team, the Thunder shot 51 percent from the field and 18 of 39 from the 3-point line as they never looked in danger after taking a commanding 16-point lead going into halftime.

Meanwhile, the Phoenix Suns have been in terrific form as they continued their undefeated run in the bubble with a 119-112 win over the Heat on Saturday to make it five wins in a row. Devin Booker led the way with 35 points and six assists on 15 of 26 shooting, Jevon Carter added 20 points off the bench while DeAndre Ayton chipped in with 18 points and 12 rebounds. As a team, the Suns shot 47 percent from the field and 12 of 32 from the 3-point line as they trailed by as many as 11 points in the first quarter, before responding to tie the game going into halftime. The second half was a battle and the Suns outlasted the shorthanded Heat on the boards as they dominated 12-3 in offensive rebounds.

The Thunder desperately needed an easy win after getting blown out by the Grizzlies and they got that against the lowly Wizards last night. The Suns will offer stiffer competition as they’ve been playing some of their best basketball of the season with Booker leading the way. This should be a close one, but with the Thunder playing on zero days rest, I’m leaning towards the Suns who have looked like a team on a mission in the bubble. 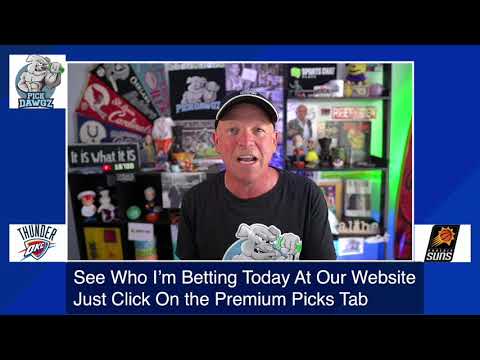