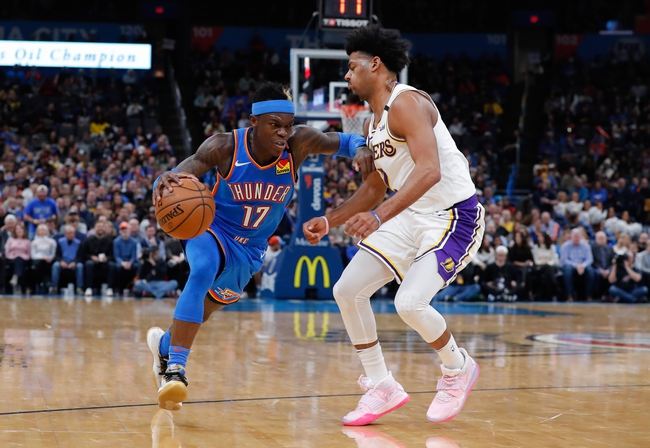 The Los Angeles Lakers play host to the Oklahoma City Thunder at the ESPN Wide World of Sports Complex on Wednesday night.

The Oklahoma City Thunder are coming into this game looking to bounce back after falling painfully short to the Nuggets in a 121-113 overtime loss on Monday. Shai Gilgeous-Alexander led the team with 24 points, Chris Paul added 23 points with eight assists while Danilo Gallinari chipped in with 20 points. As a team, the Thunder shot 42 percent from the field and 15 of 36 from the 3-point line as they looked to be in control with Chris Paul at the line with a pair of free throws to win the game, but he missed the first and it cost them the game in the end.

Meanwhile, the Los Angeles Lakers have won two of three games since the season restart and they will be looking to build some momentum after taking down the Jazz in a 116-108 loss on Monday. Anthony Davis led the team with 42 points, 12 rebounds and four assists, LeBron James added 22 points with eight rebounds and nine assists while Dwight Howard chipped in with 11 points off the bench. As a team, the Lakers shot 50 percent from the field and nine of 26 from the 3-point line as they trailed the Jazz by six points in a tight contest, before taking command of the game with a decisive 19-2 in the third quarter.

The Thunder will still be kicking themselves after they missed out on a major chance to climb up the standings on Monday, especially CP3 who had the game in his hands in regulation. The Lakers have been in great form, especially Davis who has been on a tear, but they've really got little to play for at this stage of the season. This game simply means so much more to the Thunder and that's why I'm taking the free points here. 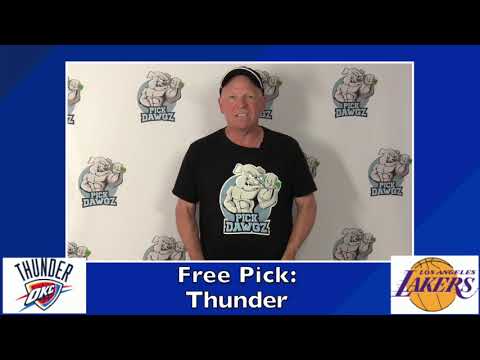