The San Antonio Spurs and the Memphis Grizzlies do battle at the ESPN Wide World of Sports Complex on Sunday.

The San Antonio Spurs haven't been in the best form, but they are looking for a third straight victory after beating the Kings in a 129-120 on Friday. DeMar DeRozan led the team with 27 points and 10 assists on 10 of 13 shooting, Derrick White added 26 points with rebounds and five assists while Rudy Gay chipped in with 19 points off the bench. As a team, the Spurs shot 53 percent from the field and 11 of 25 from the 3-point line as they set the tone with 43 points in an explosive first quarter, before pulling away from a close contest with 33 points in the fourth quarter. 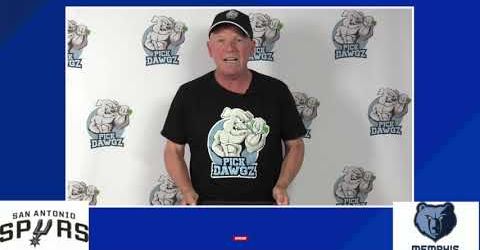 Meanwhile, the Memphis Grizzlies will be keen to hang onto the eighth seed after falling to the Trailblazers in a 130-125 overtime loss on Friday. Jaren Jackson Jr. had a monster game of 33 points on 10 of 22 shooting, Ja Morant added 22 points with 11 assists while Jonas Valanciunas chipped in with 16 points in just 15 minutes of action as he was plagued by foul trouble. As a team, the Grizzlies shot 45 percent from the field and 13 of 41 from the 3-point line as they blew an 11-point lead in the fourth quarter, before getting dominated in the overtime period against the more experienced backcourt of the Trailblazers.

Head to head, the over is 8-2 in the last 10 meetings in Memphis and the Spurs are 1-4 ATS in the last five meetings overall.

These two teams have met three times this season with the Grizzlies leading the series by 2-1. I wasn't expecting much out of the Spurs in this restart, but they looked great in their win over the Kings. However, the Grizzlies have their eyes set on making these playoffs, so a win here would be massive. In what should be a close one, I'm taking the Grizzlies.