The Milwaukee Bucks and Houston Rockets meet Sunday in NBA action at The Arena. 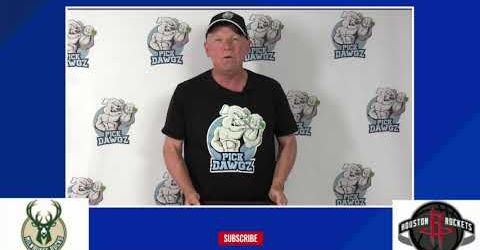 The Milwaukee Bucks should be the favorites here simply because of their size, as they have so many big guys in Antetokounmpo, Lopez and others that they should give the Rockets all sorts of trouble considering Houston doesn't play anybody over 6'2" it seems like. However, the Rockets have more to play for with them fighting for seeding and having a rested Harden and Westbrook does wonders for this club. Also beating the Mavericks the way they did should give the Rockets a shot in the arm and lead to a more confident team overall.

The Houston Rockets are a dangerous team with the amount of shooters they have and two rested superstars ready to go. I want the Rockets and free points whenever I can get them.