The Utah Jazz and the Oklahoma City Thunder do battle at the ESPN Wide World of Sports Complex for an early Saturday evening showdown.

The Utah Jazz will be keen to stay hot after taking down the Pelicans in a thrilling 106-104 comeback win on Thursday night. Jordan Clarkson led the team with 23 points on eight of 17 shooting off the bench, Mike Conley and Donovan Mitchell each scored 20 points while Rudy Gobert chipped in with 14 points, 12 rebounds and three blocks. As a team, the Jazz shot 44 percent from the field and eight of 34 from the 3-point line as they struggled in the early going to fall behind by 12 points at halftime and by as many as 16 points in the third quarter before they rallied to steal the game late. With the win, Utah improved to 42-23 on the season to give them just a little more breathing room over Oklahoma City. 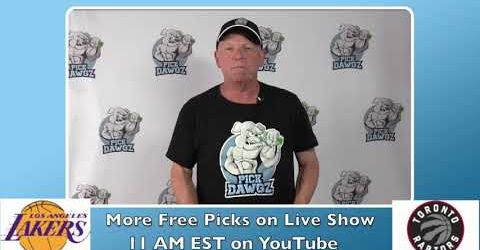 Meanwhile, the Oklahoma City Thunder were slow out of the blocks as they lost 10 of their first 15 games of the season, but they found their groove and went 35-14 since then to become one of the dark horses in the playoff race. Shai Gilgeous-Alexander led the team with averages of 19.3 points, 6.1 rebounds and 3.3 assists per game, Danilo Gallinari averaged 19.2 points and 5.5 rebounds, Dennis Schroder averaged 19.0 points while Chris Paul averaged 17.7 points with 6.8 assists per game. The Thunder are just about at full strength as everyone except for rookie Isaiah Roby should be available which is so key with the playoffs looming.

The Jazz weren't playing at their best before the season got suspended, but they've played their first game in the bubble and looked great in their comeback win over the Pelicans on Thursday. Meanwhile, the Thunder were in a groove before all this drama happened, so we don't know how they'll look in their first game back. It's scary to back against the Jazz who are coming into this one with plenty of momentum, but the Thunder are just behind the Jazz in fifth place and a win here would be massive for them. This should be a close one, but I think the Thunder come in prepared for this matchup.