The Philadelphia 76ers and Indiana Pacers meet Saturday in NBA action at the VISA Athletic Center. 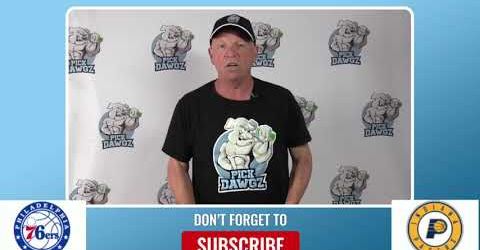 The Philadelphia 76ers are about as healthy as they've been all season and if they want to avoid likely serious changes this offseason, they need to get their act together and start winning some games. The Indiana Pacers struggled throughout the scrimmages, and they're a hard team to trust with Malcolm Brogdon returning from COVID, Victor Oladipo still recovering from a knee injury and no Domantas Sabonis likely for the remainder of the season. The Pacers don't make excuses and are a gritty team that finds ways to win, but there's a lot working against them here. I'll lay the chalk with the 76ers.