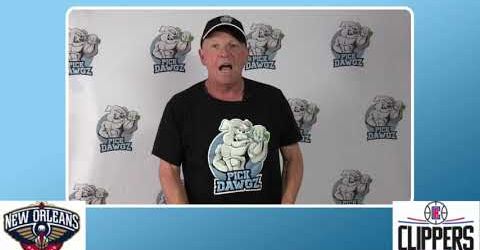 I'm worried about the New Orleans Pelicans ability to bounce back, as they were in control of that Jazz game for about three and a half quarters and let it slip away. A tough loss like that can really impact a young team that's fighting for a playoff spot. The Los Angeles Clippers are a more experienced team that will shake off its tough loss, and if anything, taking the Lakers down to the wire without Williams and Harrell was a victory in itself. The Pelicans are pretty much throwing away this season if they're not going to play Zion more than quarter and their defensive effort their last time out isn't encouraging when going up against a better Clippers side.

I'll lay the chalk with the Clippers.