The Utah Jazz and the New Orleans Pelicans kick off the restart of the NBA season with a meeting at the ESPN Wide World of Sports Complex on Thursday night.

The Utah Jazz were front and center at the peak of the COVID-19 breakout as it was the positive tests of Rudy Gobert and Donovan Mitchell which put the sports world on hold. The Jazz were in decent form heading into the unscheduled break as they had won five of six games to improve to 41-23 before the season was put on hold. Mike Conley hasn’t been bad, but he certainly hasn’t played up to the hefty price tag the Jazz paid for him, but he did look better in the scrimmages for whatever that’s worth. The team could do with better production from bench player Joe Ingles who will likely receive more playing time with Bojan Bogdanovic out for the remainder of the season after having surgery on his wrist back in May. 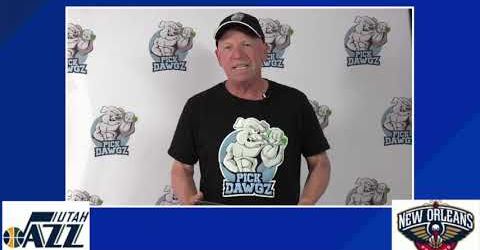 Meanwhile, the New Orleans Pelicans were all about their newest toy in Zion Williamson who has been as good as advertised from day one, but they have plenty of young talent in Lonzo Ball, Brandon Ingram and Jrue Holiday. The Pelicans started off their season poorly as they lost seven of their first eight games and they even went through an ugly 13-game skid before building some strong momentum to become a genuine threat that no team would want to play in the first round. The New Orleans Pelicans are shooting 37.2 percent from beyond the arc and 72.9 percent from the free throw line. The New Orleans Pelicans are allowing 35.5 percent shooting from the 3-point line.

Zion Williamson was a partial participant in Tuesday’s practice, but the general feeling is that he should be good to go on Thursday, so the Pelicans will be mostly at full strength while the Jazz will be without a key contributor in Bogdanovic. It’s hard to split these two squads given the current situation, but the Pelicans certainly looked like the better team during the scrimmages and I like them to hit the ground running in this one against this unsettled Jazz team.