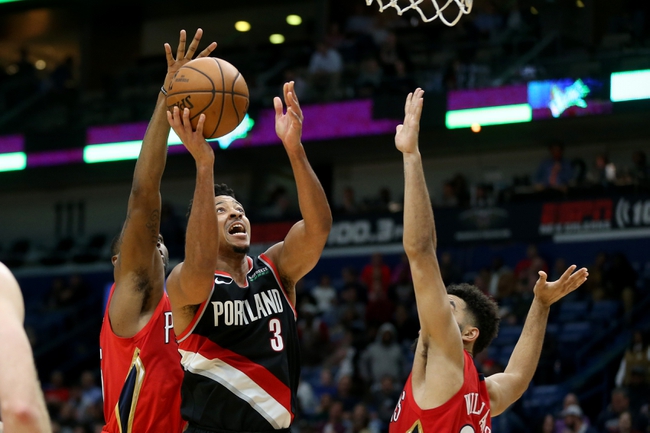 The Oklahoma City Thunder and the Portland Trail Blazers meet Tuesday in NBA action from the Visa Athletic Center.

Oklahoma City is currently sitting at 40-24 on the NBA season. That leaves the Thunder in fifth place in the Western Conference playoff race. As for the Trail Blazers, they’re at 29-37 overall this year. Portland occupies the number nine spot in the West, 3.5 games behind the eighth-seeded Grizzlies. Check back all season long for free NBA picks and NBA predictions at Pick Dawgz.

The Thunder are amid a logjam in the Western Conference standings. At 40-24, OKC is within four games of the Clippers in the No. 2 playoff spot; that’s the good news. The bad news is that the Mavericks, Rockets, Jazz and Nuggets are all at 40-plus wins and have a good shot at overtaking Los Angeles themselves. The Thunder are going to have quite a fight on their hands when the games start counting again.

Oklahoma City has a couple of scrimmage games under their collective belt so far. In the most recent on Sunday versus the 76ers, the Thunder took a 102-97 victory. Andre Roberson nailed back-to-back 3-pointers late in the game to push OKC over the top. Shai Gilgeous-Alexander added 16 points with seven rebounds and five assists there, while Steven Adams had 11 points and nine rebounds.

Over on the Portland side, they’ve got some work to do in the standings. The Blazers are 3.5 games back of a playoff spot, and realistically only have a shot at overtaking the Grizzlies (Dallas is too far off at 40-27 in the No. 7 spot). There will be plenty of fierce competition for that last West seed up for grabs, as the Suns, Spurs, Kings and Pelicans are in the mix as well.

Portland finished off their second scrimmage game on Sunday versus the Raptors, losing that one 110-104. Leading the way for the Trail Blazers in that one was CJ McCollum with 21 points. Yusuf Nurkic also chipped in 17 points with 13 rebounds. The Blazers were leading most of the first half but lost the edge in the third quarter and never got it back.

Check back for the current trends in this matchup once they are released.

Pick: I’m leaning toward Oklahoma City. This is a tough one, and it’s of course impossible to know exactly how these scrimmage games will go. That said, the Thunder have some solid depth and shooting range. It seems like OKC is getting back into the swing of things as basketball continues. This game should be pretty darn close, though. 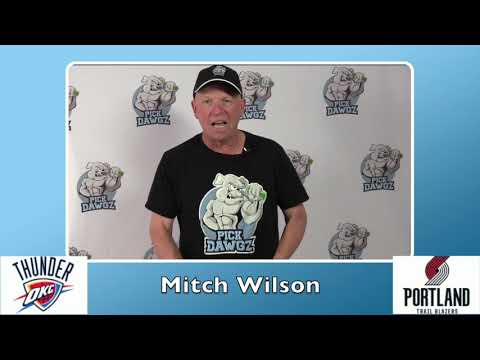