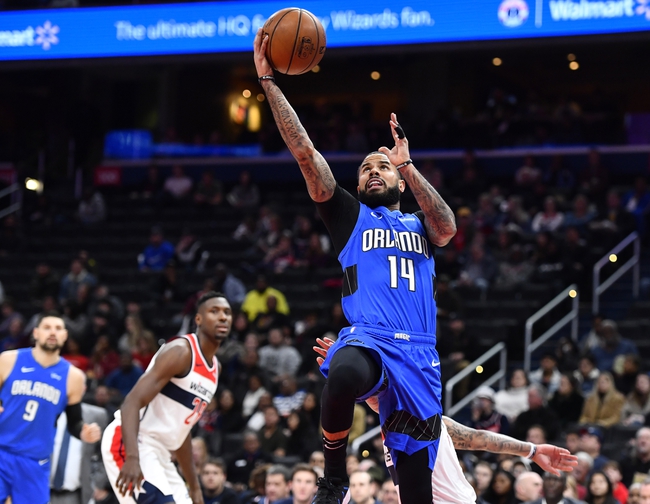 The Orlando Magic and the Denver Nuggets meet Monday in NBA action from Visa Athletic Center.

Orlando is currently sitting at 30-35 overall on the season. That leaves the Magic in the number eight playoff spot in the Eastern Conference, 5.5 games ahead of the Wizards at number nine. As for the Nuggets, they’re 43-22 this season. Denver occupies the number three playoff spot in the West, 1.5 games behind the Clippers at number two. Check back all season long for free NBA picks and NBA predictions at Pick Dawgz. 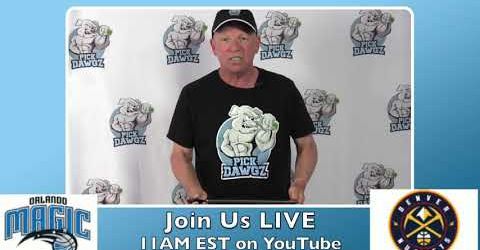 The Magic are in a pretty good spot heading into the NBA restart. There’s not much chance of Washington catching Orlando at 5.5 games back, and the Magic also have a prime opportunity to move up. The injured Nets are just a half-game ahead in the No. 7 seed, and most people are predicting Brooklyn to have a rough time when the games start counting again.

Orlando’s most recent scrimmage action came Saturday versus the Lakers. The Magic fell in that one 119-112, their second scrimmage loss after a 99-90 defeat by the Clippers on Wednesday. Orlando had some nice stat lines on Saturday, however. DJ Augustin led the way on 21 points and five assists. Michael Carter-Williams added 15 points and eight rebounds there as well.

Over on the Nuggets’ side, they’re in the midst of a logjam in the Western Conference standings. The Clippers are just 1.5 games up in the No. 2 spot, but the Mavericks, Rockets, Thunder and Jazz are all within four games of Denver. Things could get very interesting when it comes to sorting out playoff spots in the West.

Denver isn’t at full strength right now; the team has a ton of injuries. The Nuggets have played with only eight guys in both of their scrimmage games so far, and the lack of depth obviously hasn’t helped. Denver fell 119-114 to New Orleans on Saturday despite 28 points from Troy Daniels. It was another sloppy game for the Nuggets, who coughed up 25 turnovers.

Pick: I like the Magic. Granted, Denver is probably the better team on paper, but with the rash of injuries the Nuggets are facing it’s hard for them to find any consistency. Orlando had a good showing against the Lakers on Saturday, so I’ve got some confidence in the Magic heading into this one. If the team can find a nice rhythm once the restart officially gets going again, Orlando may surprise some people.