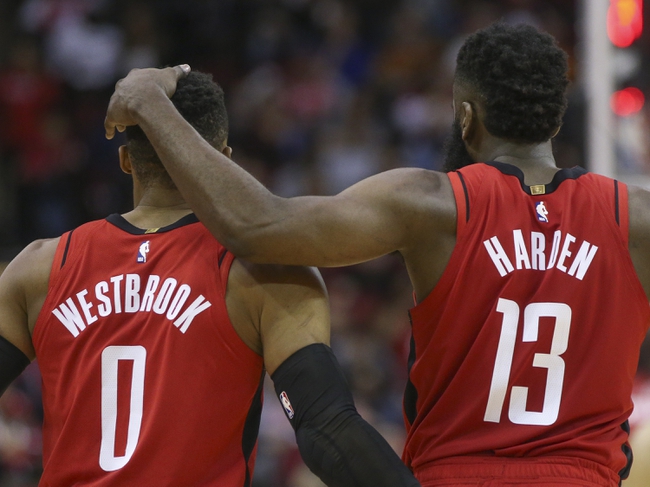 The Houston Rockets and the Memphis Grizzlies meet Sunday in NBA action from HP Field House.

Houston is at 40-24 heading into the NBA restart. That leaves the Rockets in the number six playoff seed in the Western Conference, tied in the record column with the Thunder at number five. As for the Grizzlies, they currently hold the number eight playoff seed with a 32-33 overall record. Memphis is seven games behind the Mavericks at number seven. Check back all season long for free NBA picks and NBA predictions at Pick Dawgz. 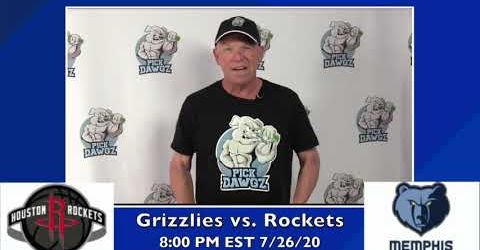 If Houston can hit the proverbial ground running during this restart, they’ve got a great chance at moving up in the standings. Just 4.0 games separate the Rockets from the Clippers way up in the number two seed. That said, the Thunder, Mavericks, Jazz and Nuggets are all within striking distance as well. The West standings are going to be chaotic, and there are a ton of different scenarios that could play out.

The Rockets got a huge lift for their first scrimmage game against the Raptors back on Friday with the return of Russell Westbrook. Houston ended up losing that game 94-83, but their notable names played well. Westbrook notched 10 points and nine rebounds, while James Harden had 24 points and 10 assists. It was a pretty solid and encouraging effort across the board despite the loss.

Over on the Grizzlies’ side, they’re in a very tough spot in the standings, but in control of their own destiny during the restart. Memphis is 7.0 games back of the Mavericks at No. 7, so there’s not much chance of moving up. The Suns, Spurs, Kings, Pelicans and Trail Blazers are all within striking distance of overtaking the Grizzlies in the standings, however. Memphis is in for a tough fight.

The Grizzlies’ first scrimmage game on Friday against the 76ers didn’t go so well. Memphis lost 90-83, and the game wasn’t even that close. Jonas Valanciunas led the way for the Grizzlies with 16 points and 10 rebounds, and Brandon Clarke had 11 points and three boards. Ja Morant added five points, four rebounds and six assists as well.

Pick: I’m going with the Rockets. Now that Westbrook is back in the mix, Houston is primed for a nice run during this restart. I don’t think Memphis will fare as well, especially with Justise Winslow’s hip injury keeping him out for the rest of the season. These scrimmage games are impossible to pin down of course, but on paper Houston is just much better right now.