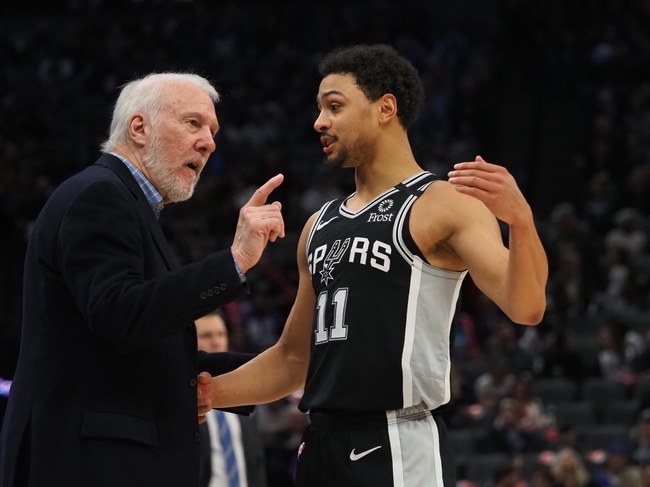 The Brooklyn Nets and the San Antonio Spurs meet Saturday in NBA action from the Arena.

The Nets are currently 30-34 on the suspended NBA season. That leaves Brooklyn in the number seven playoff spot in the Eastern Conference. As for the Spurs, they’re pretty far back at 27-36 overall this year. San Antonio is four games out of the running for the final playoff spot in the West. Check back all season long for free NBA picks and NBA predictions at Pick Dawgz.

Brooklyn could be in trouble. The Nets are in the No. 7 playoff spot for now, a half-game ahead of the Magic. There’s really not much chance Brooklyn moves up in the standings however, considering they’re 8.5 games behind the Sixers. If the Nets do slide back to that No. 8 spot they’ll get a tough playoff matchup against Milwaukee. It’s going to be important for the team to maintain form. That said, the Nets roster is a shadow of its potential self due to injuries right now.

Brooklyn’s first scrimmage didn’t go so well, either. On Wednesday night the Nets fell to the Pelicans 99-68, and it wasn’t ever close. Brooklyn was down by 21 points at the half and shot just 35 percent from the field. The Nets had only nine players active for that one, as a handful of guys were still sitting out in quarantine. We should see a bolstered roster here, but Brooklyn is still running on a skeleton crew.

Over on the Spurs’ side, they’ve got quite a battle ahead in a crowded Western Conference playoff race. The Grizzlies currently occupy that No. 8 spot at 32-33, and San Antonio is going to have a really great restart showing in order to force their way into the postseason. The Suns, Kings, Pelicans and Trail Blazers are all in the mix for that spot as well; it’s really the only one that’s potentially up for grabs.

Pick: I’m leaning toward the Spurs. Judging by both teams’ opening scrimmage performances, this one will probably be sloppy. Realistically, San Antonio doesn’t have much of a chance in the restart without Lamarcus Aldridge, but Brooklyn should be a fairly tame opponent. The Nets are injured and depleted across their roster, and that will open up an opportunity for the Spurs here. 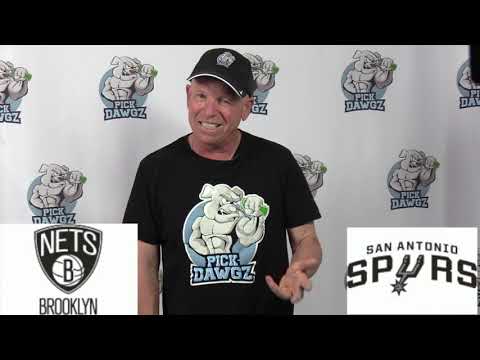