The Oklahoma City Thunder comes into this game with a 40-24 record which is good enough for fifth place in the Western Conference. The good news for the Oklahoma City Thunder is they are mostly healthy coming into this game. The good news for the Thunder is it appears that Andre Roberson could play in this game. Even though his stats might not flash, this is a player that seems to hold everything together for this team. 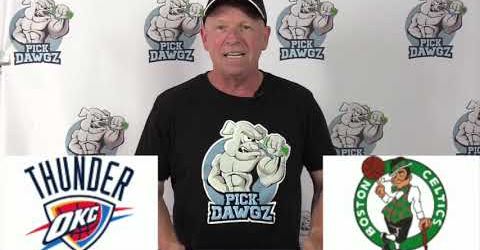 On the other side of this matchup is the Boston Celtics who currently sit in third place in the Eastern Conference. The Celtics are averaging 113 points per game while giving up 106.8 points per game. Over the last five games they were giving up 110 points per game, and they need the defense to be better going forward.

Kemba Walker has been practicing heading into this game but it doesn’t look like he will play in this game. That is a big loss for the Celtics as he is averaging 21.2 points, 4.1 rebounds, and 4.9 assists per game. Without Walker, it’s probably going to be a lot of playing time for Brad Wanamaker which could actually end up being a good thing for the Celtics.

Without Walker, the Celtics are going to struggle and that will be the difference in this game. Look for the Thunder to get the job done in this game.

Get Premium Picks Start Winning Now »
The pick in this article is the opinion of the writer, not a PickDawgz site consensus.
Previous Pick
Memphis Grizzlies vs. Philadelphia 76ers - 7/24/20 NBA Pick and Prediction
Next Pick
Brooklyn Nets vs. San Antonio Spurs - 7/25/20 NBA Picks and Prediction