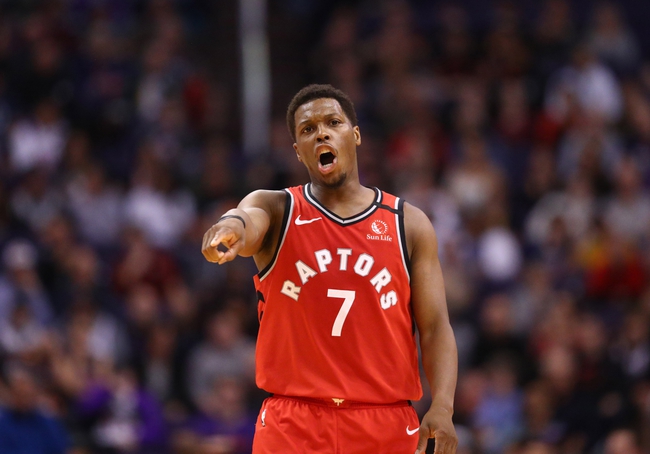 Where to Watch: NBATV, TSN Stream live sports and exclusive originals on ESPN+. Sign up now!

The Houston Rockets and the Toronto Raptors meet Friday in NBA action from the Arena.

Houston enters this one at 40-24 overall on the season. That puts the Rockets in the number six seed in the Western Conference playoff race. As for the Raptors, they’re in good shape at 46-18 so far. Toronto holds the number two seed in the Eastern Conference heading into the NBA restart. Check back all season long for free NBA picks and NBA predictions at Pick Dawgz.

The Rockets are in a very precarious position in the standings. Houston currently occupies the No. 6 seed and record-wise they’re tied with the Thunder at number five. Utah sits at No. 4 in the West, just one game ahead—that’s the good news. The bad news is that the Rockets have a dogfight on their hands in the standings. They could conceivably overtake the Nuggets in the No. 3 spot, however; Denver is just 2.5 games ahead of Houston. Long story short, the Nos. 2-7 seeds in the West are anyone’s guess, and the Rockets really need a good showing in the restart.

If Houston is going to hit the ground running when the games start counting again, it all begins here in the first scrimmage game. Having Russell Westbrook back in the mix will be a huge help to the Rockets as well. Westbrook was diagnosed with coronavirus recently but was able to clear protocols and rejoin the team. He’s averaging 27.5 points, 8.0 rebounds and 7.0 assists per game in his inaugural season in Houston.

Over on the Toronto side, they’ve got a bit more cushion in the standings. Barring a miracle, there’s no way the Raptors will be able to overcome the Bucks in the No. 1 playoff spot at 6.5 games back. Toronto does have a relatively cozy 3.0-game lead over the Celtics at No. 3, so if the Raptors can play decent ball during the restart they’ll cruise into the postseason and maintain position in the seeding.

Toronto also comes into these scrimmage games at full health. Rookie center Dewan Hernandez will even be back on the roster. That opens up a lot of lineup combinations the Raptors have only been able to lightly apply over the course of this season, thanks to a rash of injuries. Kyle Lowry, Marc Gasol, Fred VanVleet, OG Anunoby and Pascal Siakam will likely comprise the starting five.

Pick: I’m leaning toward the Rockets here. It’s going to be a tight one, however. Granted, no one knows how any of these initial scrimmage games will work out, but from a pure lineup perspective these teams match up well. Houston will run their usual “micro-ball” philosophy and if Toronto isn’t keyed in for it the Raptors will have issues. I do expect this game to be close, and it’ll be a nice insight on both teams’ impending strategies for the restart.

Get Premium Picks Start Winning Now »
The pick in this article is the opinion of the writer, not a PickDawgz site consensus.
Previous Pick
Phoenix Suns vs. Utah Jazz - 7/23/20 NBA Picks and Prediction
Next Pick
Memphis Grizzlies vs. Philadelphia 76ers - 7/24/20 NBA Pick and Prediction 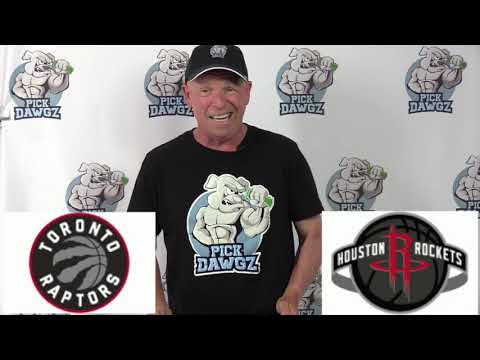