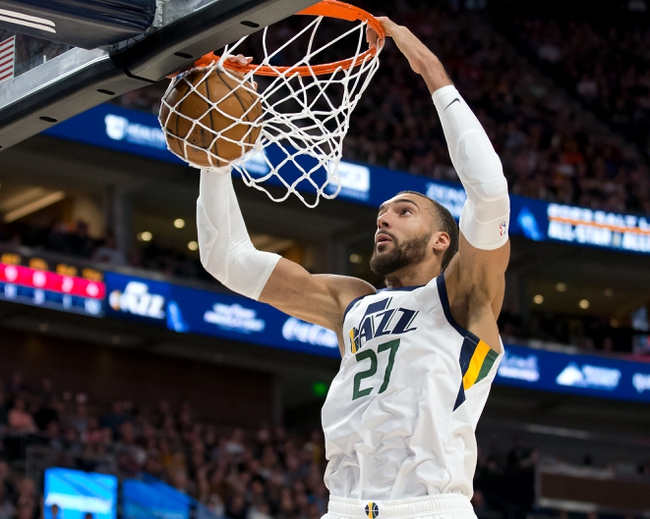 The Phoenix Suns and the Utah Jazz meet Thursday in NBA action from HP Field House.

The Suns sit at 26-39 overall this season heading into the restart. Phoenix has an uphill battle ahead, as they’re six games behind the Grizzlies for the final playoff spot in the Western Conference. As for the Jazz, they’re in much better shape at 41-23 overall. Utah currently occupies the number four playoff spot in the West. Check back all season long for free NBA picks and NBA predictions at Pick Dawgz. 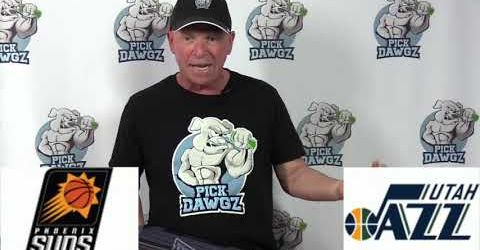 Suffice to say, unless a miracle happens, Phoenix is simply too far back in the standings to be able to force a play-in postseason series in this restart. Six games is a lot to make up, even if the season hadn’t been suspended. Back in March, the Suns seemed content to spend the rest of the season developing their talent, and that’s what they’ll be doing here as well.

The good news for Phoenix is that they should be healthy going in. Kelly Oubre had a knee injury back in February, but could see some action during the restart. The Suns also signed Cameron Payne to the roster for the remaining season. Payne averaged 23.2 points and 7.3 assists per game in the G League this year.

Over on the Utah side, they’re looking pretty good standings-wise, but the team needs to keep pace when the games start counting. At 41-23 the Jazz are just 1.5 games behind the Nuggets—that’s the good news. The bad news is that both the Thunder and the Rockets are looming at one game back. That’s quite a log jam with just 2.5 games separating Denver, Utah, Oklahoma City and Houston. Some combination of those teams will all likely be playing each other when the postseason series begin.

Utah has some injury issues to deal with as well. Bojan Bogdanovic elected to have season-ending surgery and won’t be available for the restart. That’s quite a hole to fill in the lineup, as Bogdonovic was averaging 20 points per game and had over 40 percent 3-point shooting in his arsenal. Guys like Mike Conley will likely see a much bigger workload as a result.

Phoenix is 4-10-1 ATS in the last 15 home meetings between these teams and 2-5 ATS overall in the last seven meetings. The under is 6-2 in the Suns’ last eight meetings as well.

Pick: I’m leaning toward Phoenix here. Sure, it seems like the Suns would be a pushover on paper in most matchups. That said, with Utah coming in wounded after the stoppage, it would make sense that the Jazz will have more rust and chemistry issues than most other teams. That could open a window for the Suns to get in there if Phoenix comes out firing.